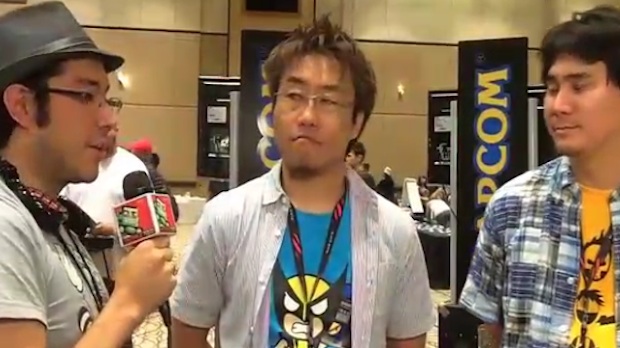 If you know me, you know that right now my favorite game to play is Marvel vs. Capcom 3. So when I had the opportunity to interview producer Ryota Niitsuma on the newly announced Ultimate Marvel vs. Capcom 3, I jumped at that chance. I was unaware until I got there that I’d also be asking questions to Hidetoshi Ishizawa (Neo_G), the battle designer of many of my favorite fighting games.

In this interview, I asked them to talk briefly about the new characters and what their thoughts were on the level of play exhibited at EVO. We then talked about which Mega Man character would fit best into this game and Niitsuma-san broke my heart by explaining that Zack and Wiki would be two characters very unlikely to be put in the game. Stay tuned for more interviews from this year’s EVO tournament!