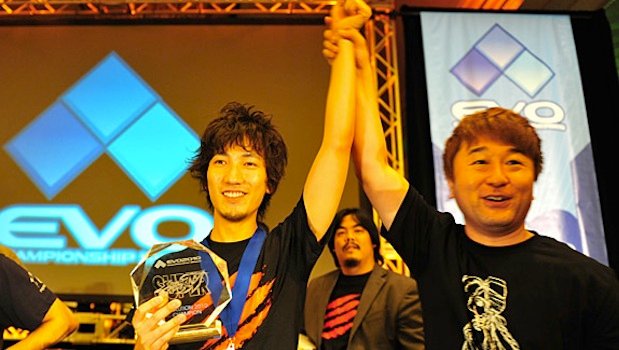 This year, one of the major additions to EVO included panels geared towards fighting game fans. One of these panels involved an interview with Daigo “The Beast” Umehara, who is widely regarded as one of the best Super Street Fighter IV players in the world.

In this panel, he was joined by Capcom’s Seth Killian and NKI, who provided both translation and commentary. The whole panel was spent analyzing Daigo’s match from EVO 2010 with Lamerboi in order to get into the head of “the Beast” and explain how he pulled out this very impressive win.

Seth began the panel by “nerding” out about this match, explaining that this exemplifies why he enjoys watching Street Fighter. He mentioned an interesting point that in high-level play, the really good players know that sometimes it’s best to “do nothing.” He was able to showcase the parts in this match where Daigo made a conscious decision to do nothing and wait for a response.

However, even the Beast himself is not perfect. Near the end of one of his matches, Daigo performed an Ultra directly after an EX-fireball even though it wasn’t hit-confirmed. When the panel confronted him on that situation, Daigo had one thing to say. “Mistake.”

All in all, this panel really showed that Street Fighter is a lot like chess but even more like poker. It takes a lot of skill to compete at this high level, but also many calculated risks. This ability to choose the risks carefully is something that the professionals like Daigo Umehara excel at.