It’s October, and that means it’s time for some scary games. I’m not much of a jump-scare or hide-and-go-seek fan, so most of my go-to’s end up being survival horror. I’ve been looking for something with some tension and thrills, but still plenty of action and puzzles. And, as it turns out, Evil Tonight fits the bill.

I try to make a habit of scrolling through the new releases on both Steam and the Nintendo eShop at least once a week, just to see what’s popping up. Sometimes you can catch a game that’s got some heat behind it before it breaks big, like Valheim. Or something bizarre and completely off-the-rails, like Together BnB. Or, in the case of Evil Tonight, an indie you might have otherwise overlooked.

Evil Tonight is a survival horror game from DYA Games that’s very much in the vein of Resident Evil. You are Silvia, an exorcist diving into the haunted memories of an abandoned arts school. This means rooting out all the evil and horrors within, whether by uncovering mysteries and puzzles, or with some good ol’ fashioned combat.

What will probably instantly grab you, like it did for me, is the look of Evil Tonight. It makes me think of a highly polished Game Boy Advance, maybe even Nintendo DS, game. Characters move smoothly and clever lighting lends a tense ambiance to every room. Monsters are just creepy enough, and a small circle of lit-up vision around you keeps the danger moving in and out of shadows. It’s all very creepy, and makes the moment when say, an evil maid lunges at you with a knife, all the more panic-inducing.

And you’ll experience that panic a lot because, well, this game is hard. Like, not “oh gee, this combat took a few tries” hard, but “I messed up one dodge and am now fish food for the next monster that looks my way” hard. Enemies will take you down in just a few attacks, and health is scarce. Save points exist, but that’s about your only saving grace—and in my experience, a couple hours in, they’re pretty spaced out. 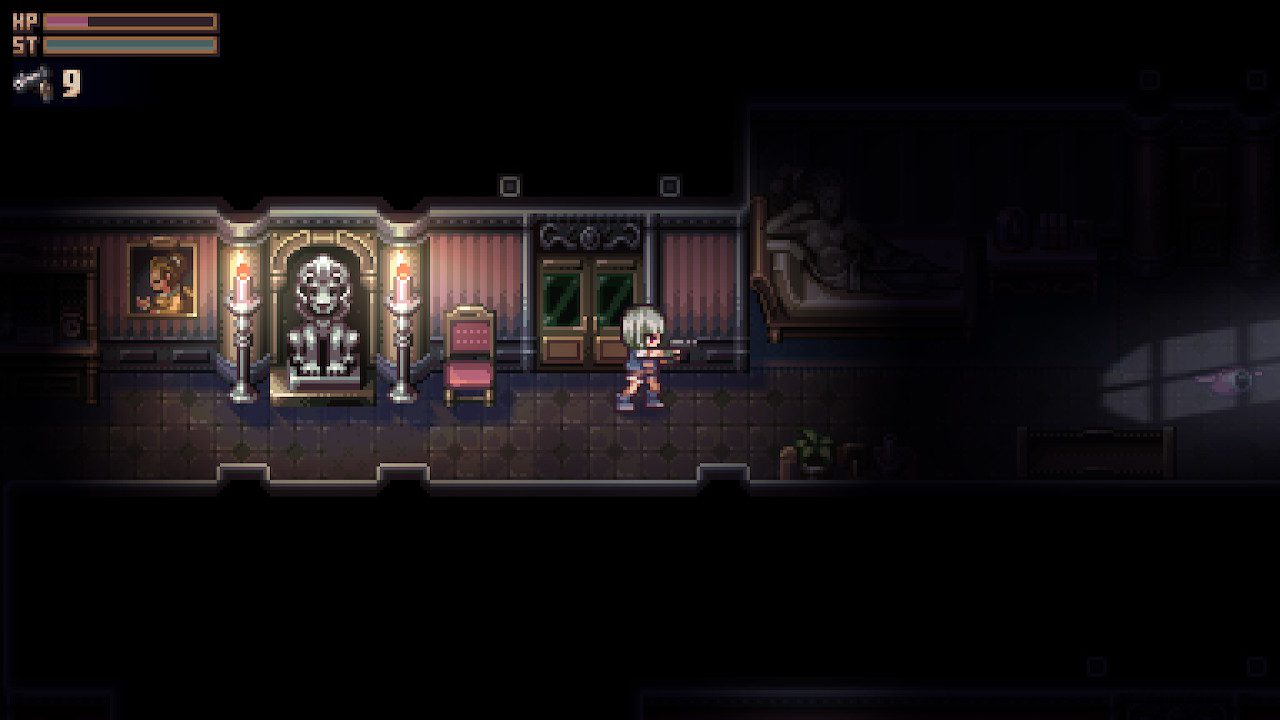 Resources in general are scarce, and this is maybe my only major gripe with Evil Tonight. You start out with a handgun, eventually picking up a crossbow and other weapons. A normal enemy can take anywhere from one to a few bullets to bring down, and you won’t be picking up anywhere near the equivalent supply of ammo.

This meant I was often resorting to my dagger, a handy tool that also eats stamina, alongside my dodge. A lot of early combat ended up being carefully kiting enemies and looping them with knife slashes. It’s tense, but also doesn’t highlight the best tension in Evil Tonight, which is holding onto precious bullets until you know you can land a hit. Silvia has to enter a “combat stance” before she can fire, and while it takes just a few frames, that’s just enough time for a monster to close some distance and really make shots feel like they have to count.

Everything about Evil Tonight really refuses to make things easy. The tutorial is just a manual in your inventory that describes controls and a few mechanics. There’s no map, so you’ll need to remember where important doors that need unlocking are. And enemies have no qualms about taking immediate swipes at you as you walk through a door. Heck, one part actually pulls the “dog crashing through a window” part of the first Resident Evil. It’s a nice homage that I had very little time to appreciate, as I was panicking and sprinting in the opposite direction with two bullets and a sliver of health. It ruled. 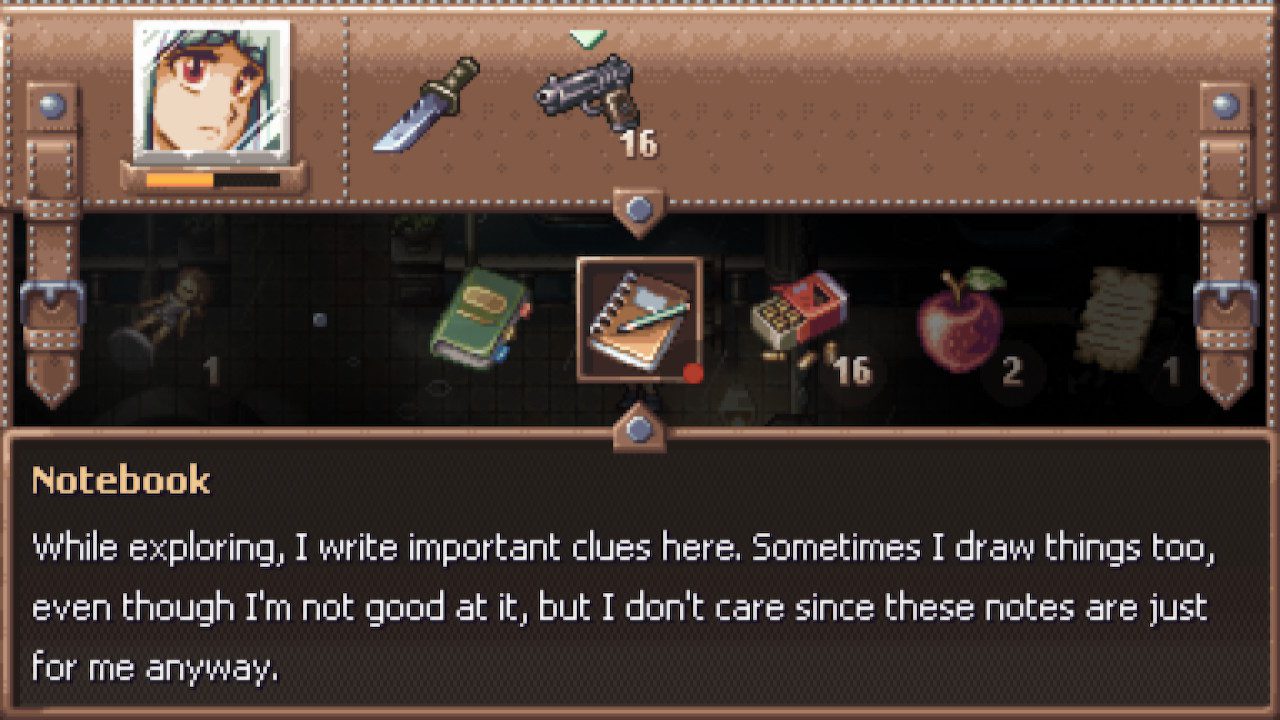 The story has been solid so far; as Silvia, you solve some puzzles and open some doors, all the while meeting new characters and encountering increasingly spooky baddies. It’s enough to move the action forward, even if I wish certain dialogues were skippable, simply because repeat deaths had me returning to them so often.

But for a vision of what survival horror could have looked like in an ideal timeline on the GBA, Evil Tonight fits the bill. It’s got tension and slow, deliberate movement against fast, violent foes. It’s got puzzles that involve keys with icons on them, like a Sword or Cup, and moving statues to fit the right slots.

It’s genuinely giving me thoughts about what a GBA Resident Evil could have been like. (And a genuine attempt at a GBA-friendly format, not the 3D tech demo that’s been out there.) It’s tough as nails, so who knows if I’ll manage to roll some credits on it anytime soon. But Evil Tonight is a game that deserves more eyes on it, as it’s quickly become my go-to on the Switch for some spooky October frights.

Evil Tonight is available on the Nintendo eShop for Switch and PC via Steam.