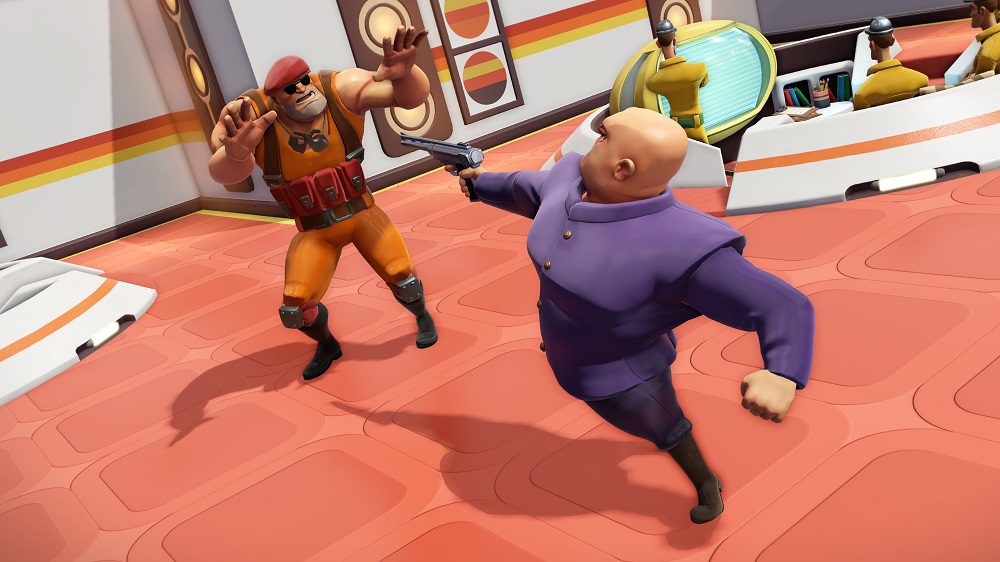 Everybody wants to rule the world

Sometimes it feels like Evil Genius was a pretty recent game. Yeah, recent. 2004. I played it while I was waiting for Half-Life 2 to be released. I was in high school. High school. That was practically yesterday, right?

The original studio that developed it, Elixir Studios, went bust shortly after its release, with rights getting scooped up by Rebellion. This led to a couple of Facebook games because that was the trend at the time and everyone wanted that Farmville money. But Rebellion has always said they were looking into bringing a full-featured sequel into the world. It took a while, but we’re finally here with Evil Genius 2: World Domination, and it’s time to bring the world to its knees once more. 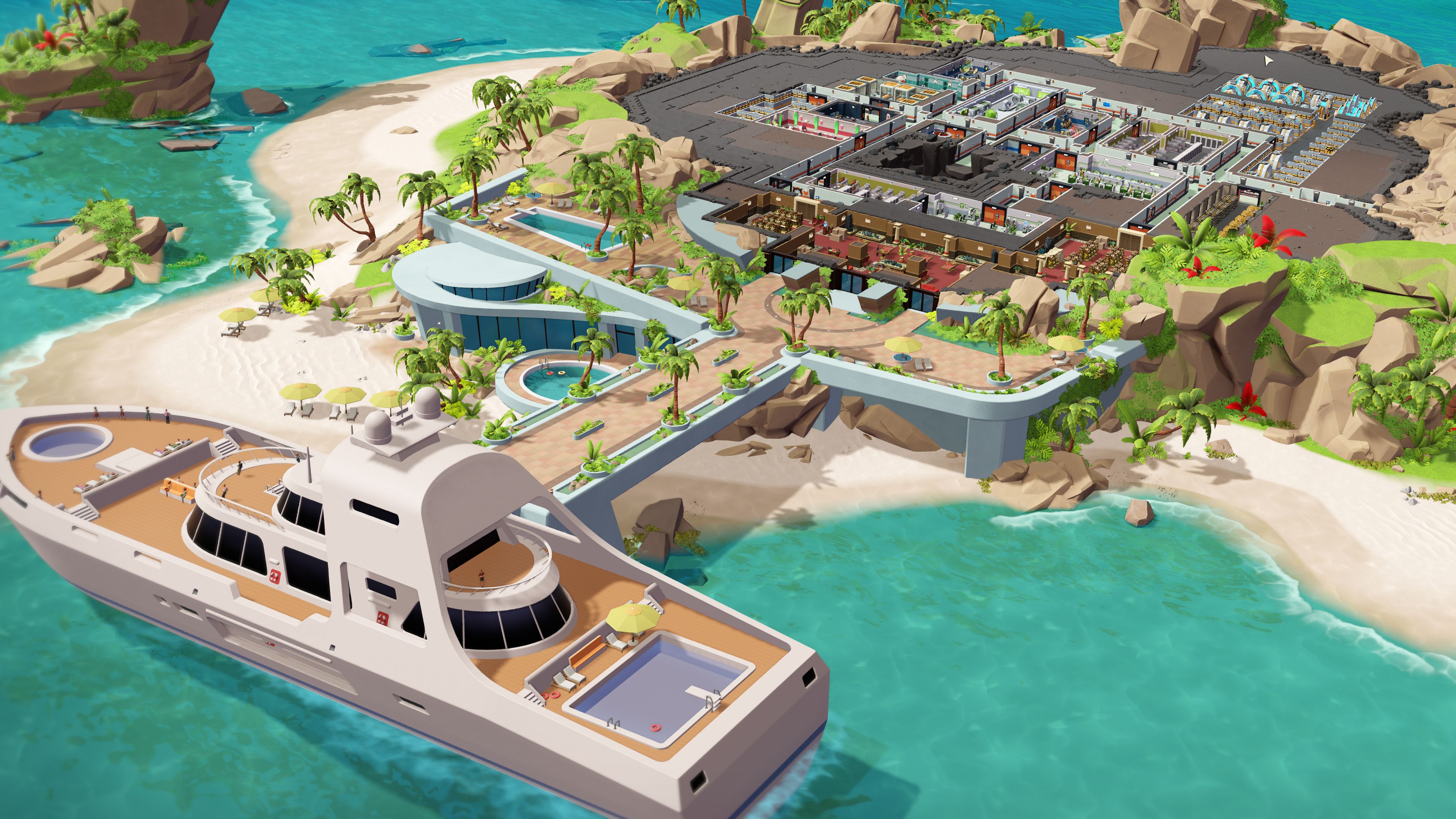 If you’ve never heard of or played the original Evil Genius, the premise is simple. Set in the funky 1960s, you play as a bad dude (or dudette) on the path to world domination. You build your evil lair, send your minions out to accomplish nefarious acts, and gradually build your infamy until you’re given the opportunity to assemble a doomsday device.

I feel like the original has aged pretty well thanks to its amazing aesthetic and enjoyable gameplay loop, but it could have used some improvements. It was a pretty hands-off game, where you set everything up and then have no control over how things unfold. A lot of the time was spent waiting for things to happen while making sure the forces of justice don’t find where you hid all the bodies.

Rebellion set a few goals for itself before attempting this sequel, one of which was to individually look at the pain points in the original title and address them, and it really shows. While the main focus is still strategic base building, you’re given a lot more options on how you manage your global heat; that is to say, how mad all the forces of justice are at you. You can push riskier missions more frequently to gain greater reward or play it safe and lay low as much as possible to avoid bringing chaos to your front door.

The pacing of the original game was a major problem. Things would grind to a halt as your minions went about researching the absolute most useless upgrades, and there was this point at which you vacated the base you spent so much time building for a bigger one, and re-establishing yourself is a whole ordeal.

This time around, you pick whatever island you want from a selection, and it’s yours for the entirety of the game. It’s separated into multiple floors, and everything is included within the unit, rather than scattered across the island. You also have direct control over what your scientists are developing, which allows you to focus on base upgrades or traps as you see fit.

The doomsday device plays a much bigger role this time around, as well. While in the original Evil Genius, it was essentially your end goal — build the device and you win — I’m told in Evil Genius 2, you’ll actually get a chance to use it and experiment with it. The preview build didn’t let me get this far, but the team has said that it comes fairly early in the game. 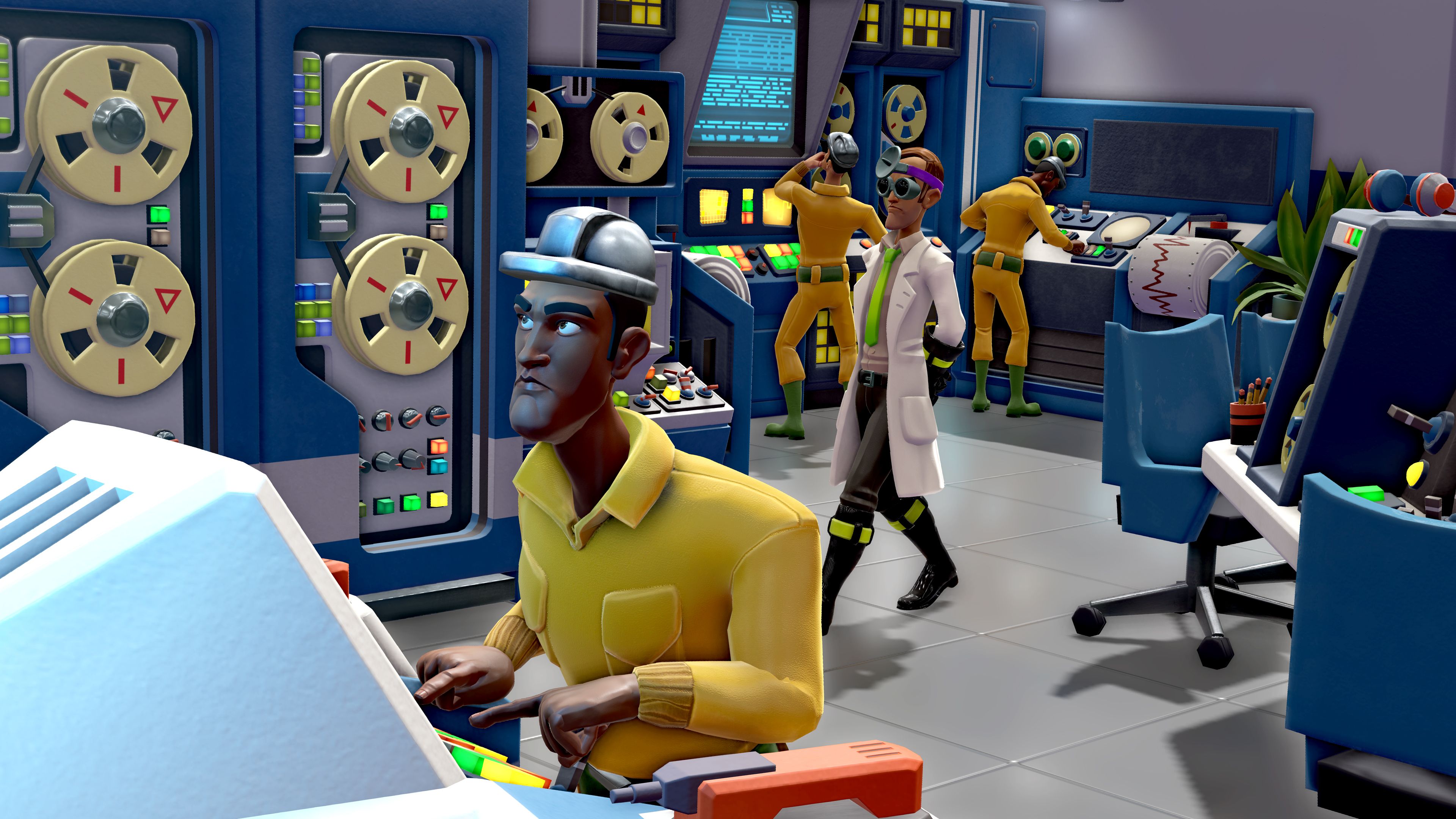 On the topic of traps, I never really got much use of them in the original game. I was more the type to strategically build my base so that the forces of justice never found the suspicious-looking furniture deep within. I’d use social minions to bamboozle them, making them waste their time on my island and leave none the wiser.

The team says that part of their focus was to allow players to approach the game however they see fit. Part of this comes from the strengths and weaknesses of the megalomaniac you pick. Some players of the original set up extremely complicated trap combinations to stop the agents that infiltrated their base, so there’s one the focuses on research and upgrades. Whereas I enjoyed covertly working from the shadows, I’m also catered to.

If you are the type to develop nefarious traps, the team has spent some time making them more accessible. The first game required you to place sensors and link everything up, requiring a bit of trial and error. In Evil Genius 2, every trap is essentially ready out of the box. It’s much less of an ordeal to set up a complex, Rube Goldberg-styled combination. 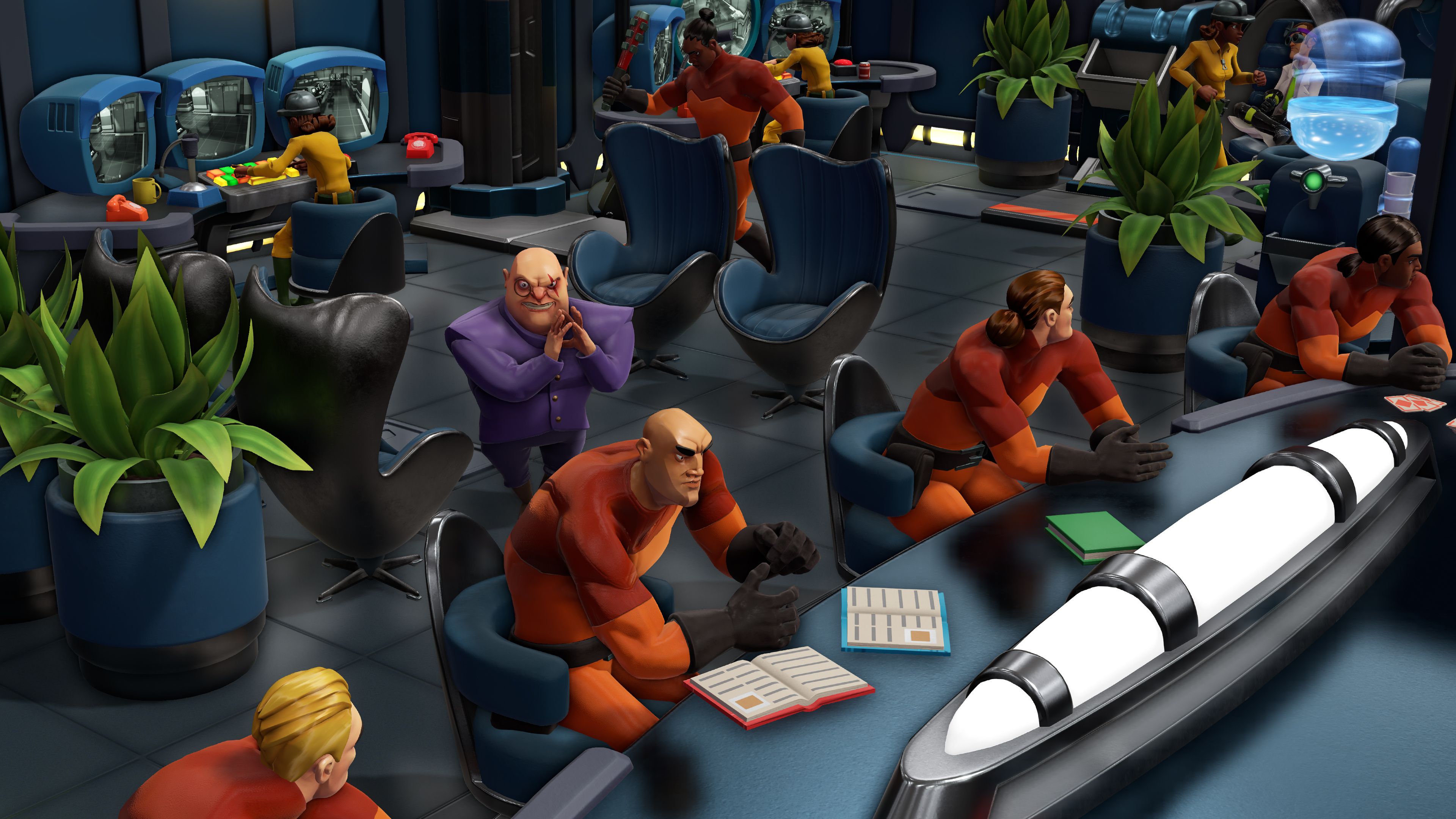 Largely, Evil Genius 2 will feel familiar to anyone who played the first. The concepts of it are mostly the same, and many of the rooms and minions are more or less unchanged. In many ways, the game feels like a do-over of the original title, focusing more on addressing the problems of the original and expanding where it’s needed.

One of the places where things have expanded is with the addition of a sandbox mode. This was something the original lacked, and, at that time, it seemed like an oversight. The sandbox mode will allow players to tinker around with the mechanics without worrying about an end goal or having things descend into chaos. It’s a great way to experiment with the new trap system or just take it easy and watch the minions go about their life. I’m not judging. 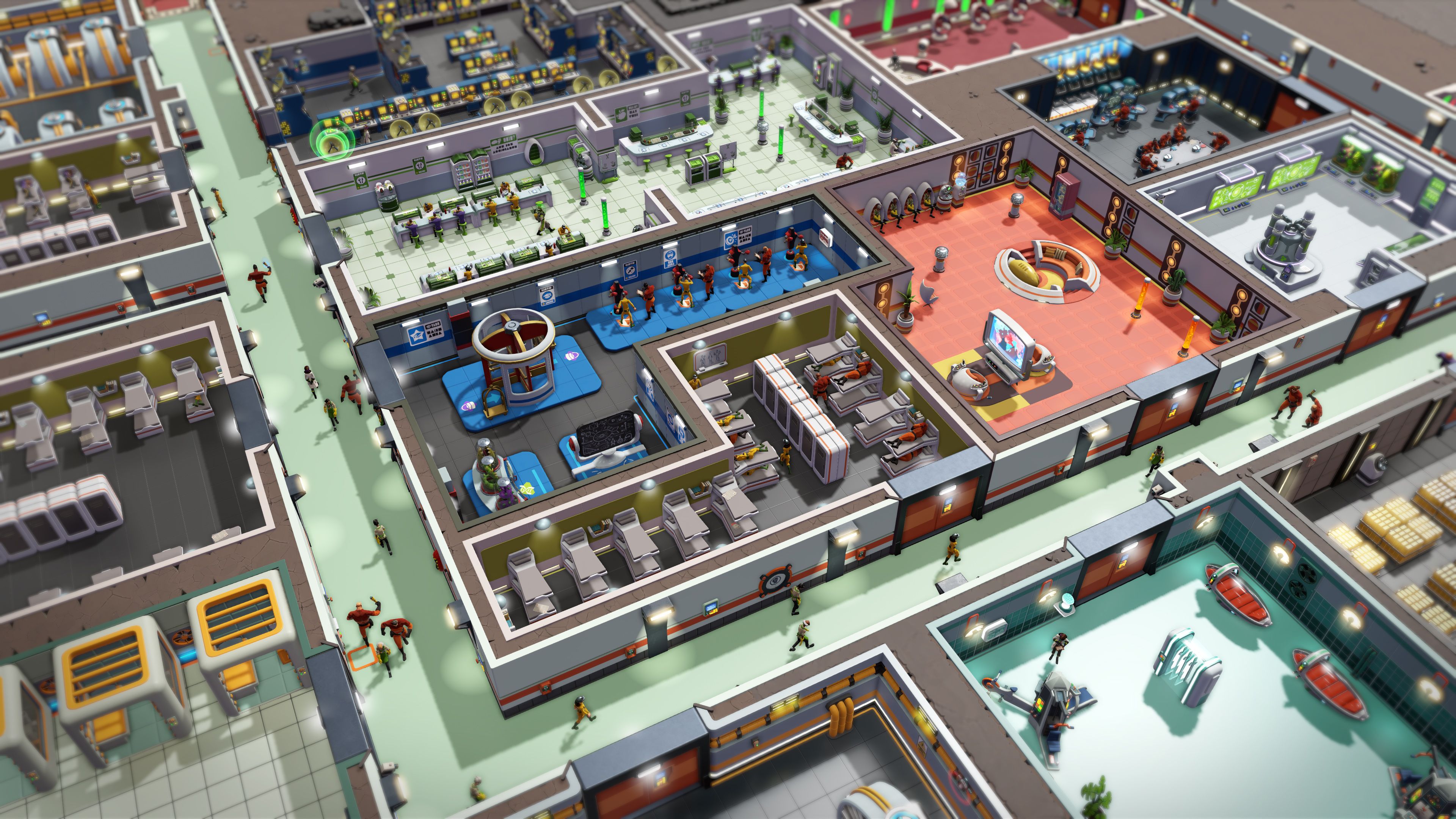 If you’re concerned about whether or not this Evil Genius will take from the Facebook titles, don’t be. Rebellion has stated that a completely different team worked on those titles and Evil Genius 2 is intended to be a proper successor to the original title.

The team has stated that they do have plans to support the title after its release with DLC. This will include new henchmen, new items for your base, and an additional campaign featuring a new criminal mastermind. The plan, for now, is to build the best possible PC title, but console releases in the future are not ruled out.

For now, Evil Genius 2: World Domination is slated for release on March 30, 2021, and I personally can’t wait to dive back in and get my hands dirty.