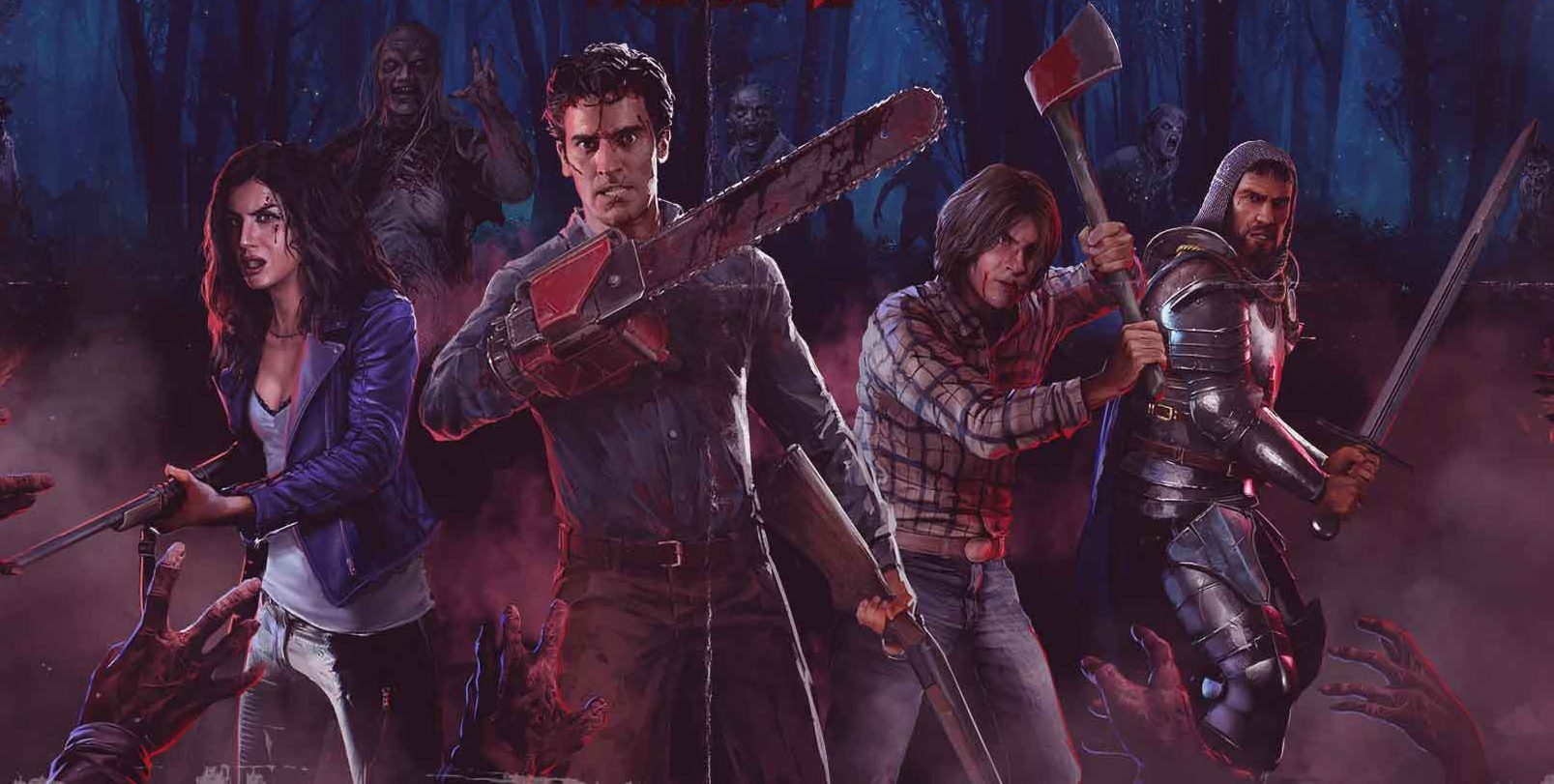 It has been a hell of a time since we last saw the Evil Dead franchise adapted in video game form. After 2000’s weak Evil Dead: Hail to the King, the franchise found a small army of deadites with 2003 release Evil Dead: A Fistful of Boomstick and its 2005 sequel Evil Dead: Regeneration. Despite the tongue-in-cheek horror franchise now nearing its 40th anniversary, it seems that people will never get enough of wisecracking smart-ass Ash Williams and his gruesome battle with the hordes of the Necronomicon.

Developer Boss Team Games and publisher Saber Interactive are hoping to reignite Evil Dead‘s gaming presence with the succinctly titled Evil Dead: The Game, currently in development for PlayStation, Xbox, PC, and Switch platforms. This all-new multiplayer title will be a celebration of the beloved franchise, spotlighting characters, locations, weapons, enemies, and more pulled directly from both the original movie trilogy and the hit TV show Ash Vs. The Evil Dead. We got our first real look at Evil Dead: The Game during yesterday’s Summer Game Fest event, with a trailer that sees Ash and pals fending off a menagerie of screamin’ demons just itching to swallow their souls.

Evil Dead: The Game will feature characters such as Kelly Maxwell and Pablo Simon Bolivar from Ash Vs. The Evil Dead, Cheryl and Scotty from the original 1983 movie, Lord Arthur and Eric the Red from Army of Darkness, and, of course, the big-chinned deadite-slaying king, Ash himself. Characters will have their own unique arsenal of weapons, abilities, special moves, and skill trees. Teams of players will stand alongside each other to fight off a familiar variety of Kandarian monsters, sending them back to the grave from which they came. If, however, you fancy joining up with the unholy terrors, then Evil Dead: The Game will also let players take on the role of the iconic “point-of-view” demon itself, taking direct control of enemies and even player characters!  Klaatu Berada Nikdurgugdhjb indeed.

Evil Dead: The Game looks promising from this early trailer. While the gameplay looks a little bit flat, there is an obvious passion for the source material and the series’ lore. It’s great to see not only the heroes but other characters such as Evil Ash from Army of Darkness and Deadite Jake from Evil Dead II. Personally, I want to play as Deadite Linda from the first movie, or perhaps Evil Dead II‘s spunky professor Annie Knowby.

There’s a definite party vibe about the title, and it should make for a bloody good time for a posse of Evil Dead-loving pals. I lived and breathed these movies as a teen, (I still have some cool old-school marketing merch shut up in a cabinet somewhere), so I’m definitely keeping an eye on this release. We can expect to see and hear much more from the title as the year progresses, ahead of its 2021 release.