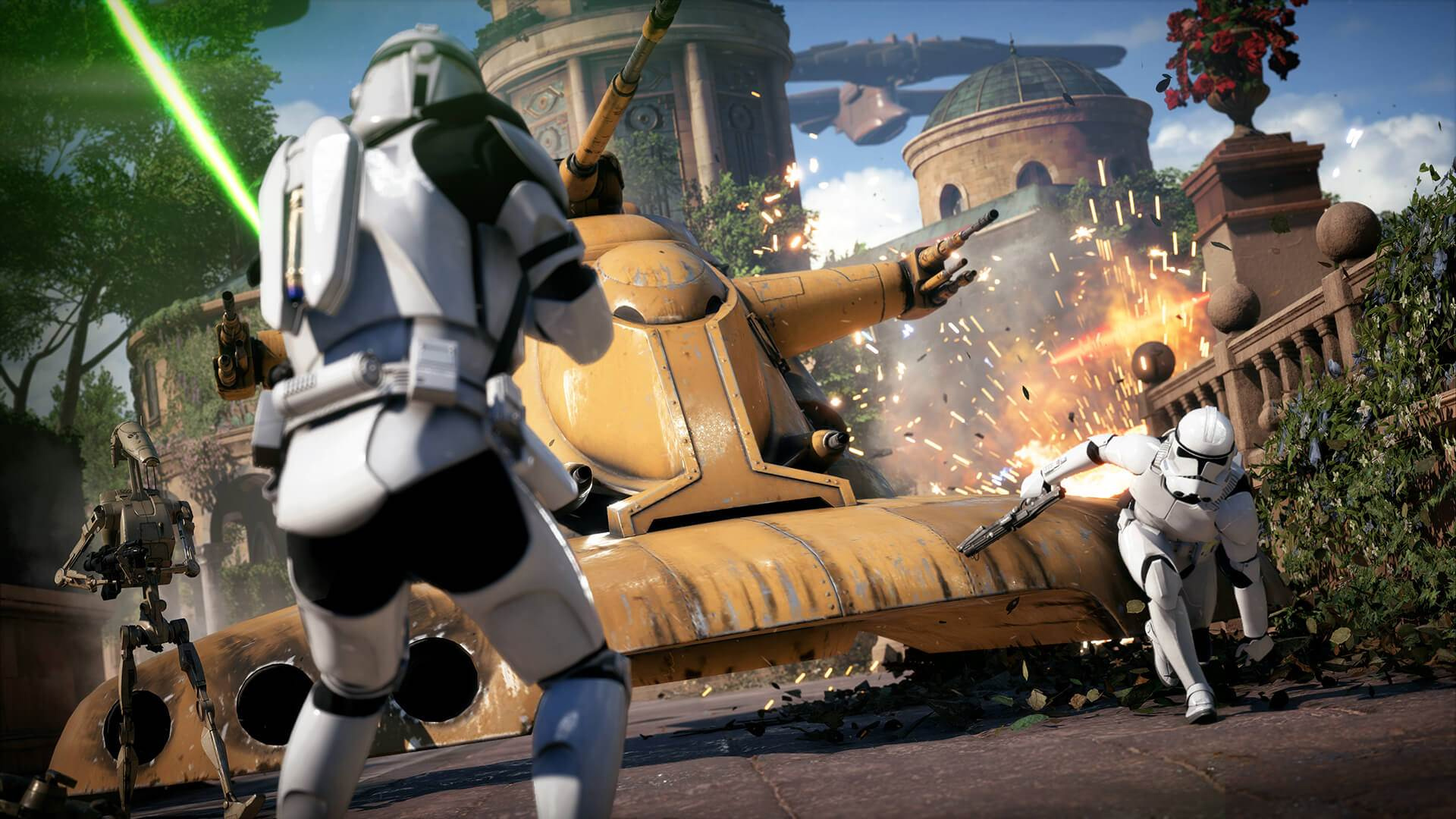 The new versus AI mode is included

We’re a week out from the Star Wars Battlefront II beta and now’s as good of time as any to go over the featured modes and maps and what kind of setup you’ll need if you’re going for the PC version.

It’s worth emphasizing that Arcade (which is not the game’s story mode) pits you against AI forces across the three Star Wars eras. Notably, it’s playable offline, you’ll be able to adjust things like difficulty and trooper classes used by the AI, and you can earn credits for progression. Also! “On consoles, you’ll also be able to team up with a friend or battle against one another in split-screen versus.”

If Arcade sounds like something you’d be particularly down to try, the Battlefront II beta will have two playable portions: “a 10-on-10 team battle with AI allies and enemies, and a Hero vs. many scenario where you’ll take control of Darth Maul and fight against legions of foes on Naboo.”

The beta will be available on PC, PS4, and Xbox One. Here are the specs for the former:

Early access for the multiplatform beta opens October 4 at 8:00am UTC, and to get in, you’ll need to pre-order before October 1. For the rest of us, the beta will be accessible on October 6 at 8:00am UTC.

My biggest question marks at this point are the story (partially because I’ve tried not to look into it too much to keep it a surprise) and everything to do with Star Cards and loot crates, which I hope don’t bog down the multiplayer. At least I’m not worried about expansions splitting up the player base this time.