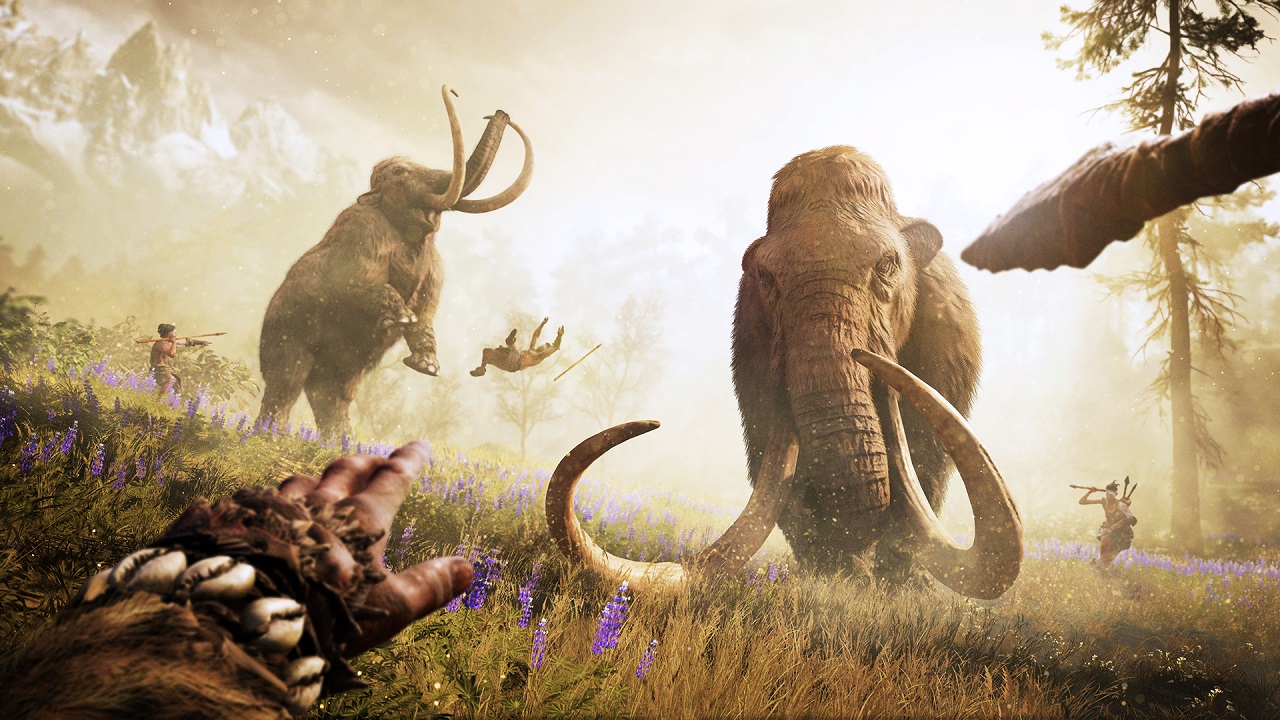 Well, that didn’t take Ubisoft long, eh? Yesterday’s tease via stream lasted only a day before the French publisher couldn’t stand the excitement anymore and announced Far Cry Primal. Here’s what we’ve learned since then.

Far Cry Primal takes place in 10,000 B.C. Other humans are cause for concern, but they look to be far from the most alarming. The likes of sabretooth tigers and woolly mammoths are running around, and they’re much higher on the food chain than people are.

One of the greatest Far Cry departures in Primal will be within the weapon set. We’re used to relying on automatic guns to mow down any opposition. Those didn’t exist during the Stone Age. Instead, spears, rocks, and bows look to be the main armaments. Hopefully there will be an emphasis on fire, too; adopting this from Far Cry 2 would be a fantastic addition.

The protagonist is TAKKAR (we’re dropping the all-caps thing right now). Takkar’s the last surviving member of a hunting group, and he’s just looking to stay alive. Primal takes place in Oros, and it’s sort of a coming-of-age tale for all of mankind. Takkar meets some other like-minded people, and together they invent, adapt, learn, and survive. Their ultimate goal is to tame the wilderness.

Far Cry Primal is being developed by Ubisoft Montreal (in conjunction with a few other studios, as is the Ubisoft way). It’s set to release on February 23, 2016. It’s initially coming out on PS4 and Xbox One, but will make its way to PC in March of 2016. It appears to be a full retail release, judging by the box art for a physical release, meaning that it will likely run $60.

Ubisoft’s already put out a reveal trailer, a behind-the-scenes video, five screenshots, and five pieces of concept art. There’s only a four-month marketing cycle between now and launch — an unusually short time for a high-profile game. Ubisoft has hit the ground running, so expect the information to come at a fast and furious clip for Far Cry Primal.