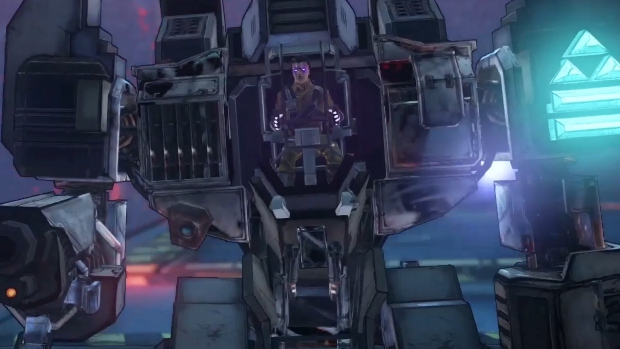 With coverage ramping up for Borderlands: The Pre-Sequel leading up to its release in less than a month, several commenters have expressed confusion on what role this game is supposed to fill. To help demonstrate everything we know about the title (along with some new information), Sir Hammerlock and Mister Torgue take us on a nine-minute tour of Pandora’s moon Elpis.

A lot of what is covered is just a recap from several months worth of announcements, including the low gravity environment, the Gravity Slam (or Butt Slam, colloquially), cryo weapons, laser weapons, Wilhelm’s Surveyor drones Wolf and Saint, Nisha’s Showdown ability, Athena’s Kinetic Aspis shield, Claptrap’s VaultHunter.EXE program, and an array of vehicles. Perhaps most importantly for some, Borderlands: The Pre-Sequel will have no Internet memes.

There is some new information for those who have been following along. The group threatening Elpis and Pandora is called the Lost Legion, which is described as a group of “homocidal Dahl soldiers.” The Lost Legion is led by Colonel T. Zarpedon, who has creepy glowing eyes and pilots a General Knoxx-esque mech. Additionally, junk loot is worth picking up now, as several pieces of common gear can be combined in a special machine to craft rarer stuff.

What I am most interested to hear is a continuation of one of my favorite things from some of the most recent Borderlands 2 Headhunter DLC packs: the Vault Hunters now have more dialogue reacting to events in the story, which makes for a more interesting experience for those who play through with multiple characters, and really helps to flesh out and differentiate the characters from one another outside of combat.