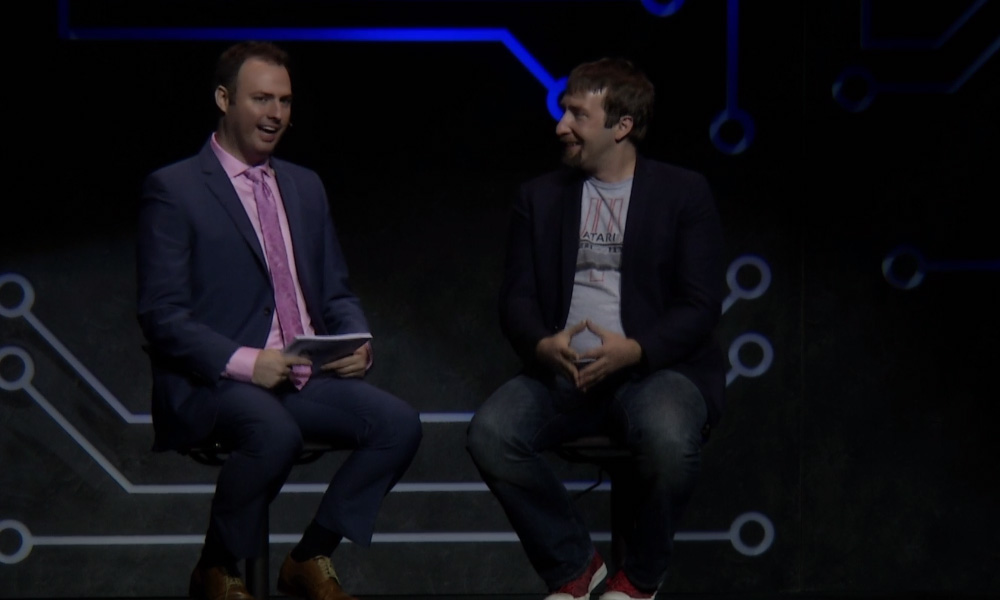 Real talk — PC Gaming Show is one of my favorite conferences to cover because it’s so low key and filled with ads disguised as discussions that I’m able to get some breathing room between announcements. Speaking of ads, an Intel exec got up on stage and gave us an awkward speech on the future of gaming, which kind of went nowhere. I think my favorite quote was “look at the growth in VR,” with no specifics.

In all seriousness, that stuff was kept at a minimum compared to the wacky “what’s in the suitcase!?” antics of the two previous years. We basically just had that one Intel thing and the rest were either minor announcements (like timed events or patches) or big ones (Lawbreakers release date, Age of Empires Definitive Edition).

That Age of Empires reveal was actually pretty big for me, as it seems like Microsoft is putting in the effort to make this one worthwhile. Still, so much of this E3 so far has involved existing IPs or “exclusives” that are also coming to PC.

Wow me, Ubisoft, Sony, and Nintendo!