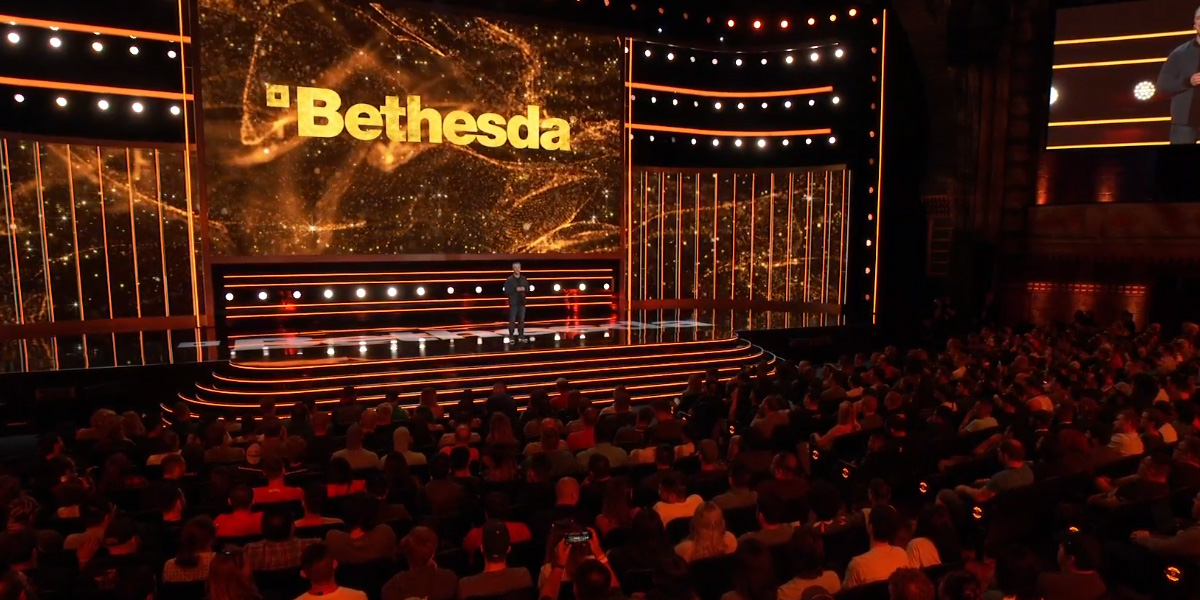 So Bethesda isn’t quite an industry giant like say, Microsoft, Sony, or Nintendo. They aren’t going to bring the heat as much as a “big three” so to speak, so it makes sense to keep expectations in check.

With Bethesda at E3, my expectations are always in check. They said upfront that Doom Eternal would be the main focus and they were true to their word. We got a release date (November 22) and a collector’s edition confirmation. Other than that, we got a few beats here and there from existing games, as well as the kickass Deathloop unveiling, and..a Commander Keen free-to-play mobile game. No Starfield or Elder Scrolls VI teases? Okay then.

Were you entertained? Deathloop looks like it’s going to rip and was the highlight. If the crowd stopped hooting and hollering while the presenters were trying to speak every five seconds I probably could have heard what they were trying to say about the rest of the games.

[You can find recaps of EA Play and Microsoft at these links.]