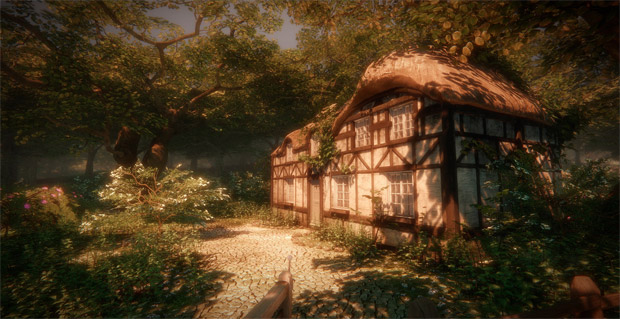 No PC release in sight, and here’s why

What a nice surprise it was to see Everybody’s Gone to the Rapture on stage at Sony’s gamescom presser. A sign of exclusivity, perhaps? Yep. Rock, Paper, Shotgun followed up with creative director Dan Pinchbeck who confirmed that the title is only coming to PlayStation 4 — and for about as good of reasons as one could hope for.

“We don’t have enough money or production expertise to make this game without help,” he said. “We don’t think we can raise enough through Kickstarter or public alpha to make this happen. We could do with production support on a game this scale. We’ve always wanted to make a console game. Publishers have bad reputations all too often. Hey, Sony Santa Monica are great though. We’ve met them a few times and really like them and their attitude.”

Pinchbeck went on to say that “Dear Esther fans were very much in our thoughts, but enough of us are multi-platform gamers to make this work for us. And we’re in this for the long game, so I can’t see us not returning to PC, or doing whatever we can to keep that fan base as we owe them a great deal. But part of that is following our instincts about how we develop and find stability as a studio and this is going to be part of the process. And without sounding like a bought man, the PS4 is genuinely a really, really cool platform, and if people have never bought into console gaming before, this is the time.”

If this week was the first time you heard about Everybody’s Gone to the Rapture, know that it revolves around multiple characters in an open world, with the hook being that you only get to play as them for a set amount of time — the world’s ending, after all.

Filed under... #Adventure Games#Everybody's Gone to the Rapture#sony santa monica