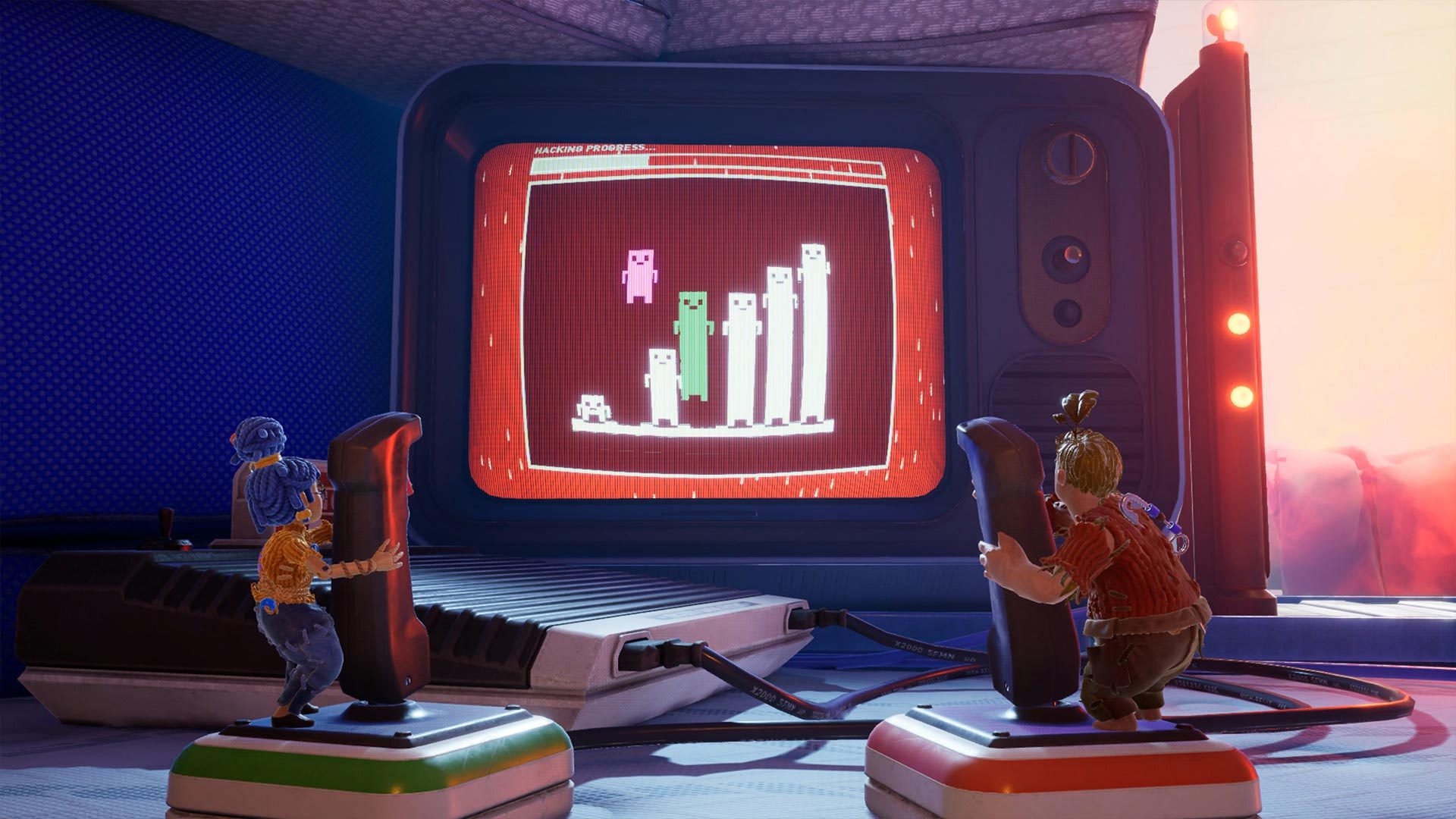 ‘Instead of having collectibles and other shiny shit, we made the world interactive and fun,’ says game director Josef Fares

The prison-break buddy adventure A Way Out was far more enjoyable than it seemed on the surface, to the point where some of us might’ve needed to “sell it” to rope in our companion. By comparison, the next game from Hazelight, It Takes Two, doesn’t need to work hard to convince me – it just looks fun.

As director Josef Fares says in this narrated overview video, “the amount of variation is insane. There are no similar scenarios; every scene is unique.” One example: squirrels waging war against wasps.

Playing as a soon-to-be-separated husband and wife, Cody and May – who have, uh, been turned into dolls by their imaginative daughter – you’ll need to help those squirrels take out the wasp horde. One player can shoot globs of sap at the flying menace while the other sets them ablaze with a match gun.

“Most of the levels in this game will have May and Cody using a new mechanic, so depending on what character you’re playing as, you’ll have a different experience,” according to Fares.

If you’ve played A Way Out, those same strong co-op principles are back for It Takes Two, only the game mechanics are heightening by the anything-goes fantasy theme. I’m particularly stoked for the optional mini-games. Baseball, Connect Four, jail-yard exercise, and that volleyball arcade game were silly fun.

I’m down for another trip. It Takes Two will be out March 26 for PC (including Steam), PS4, PS5, Xbox One, and Xbox Series X/S. It’s $40 at launch, but only one player needs to buy it if you’re playing online – player two can download the trial and play along with a “Friend’s Pass.” Otherwise, split-screen it is.

I wouldn’t mind if other developers took notes from Hazelight’s co-op-only direction.