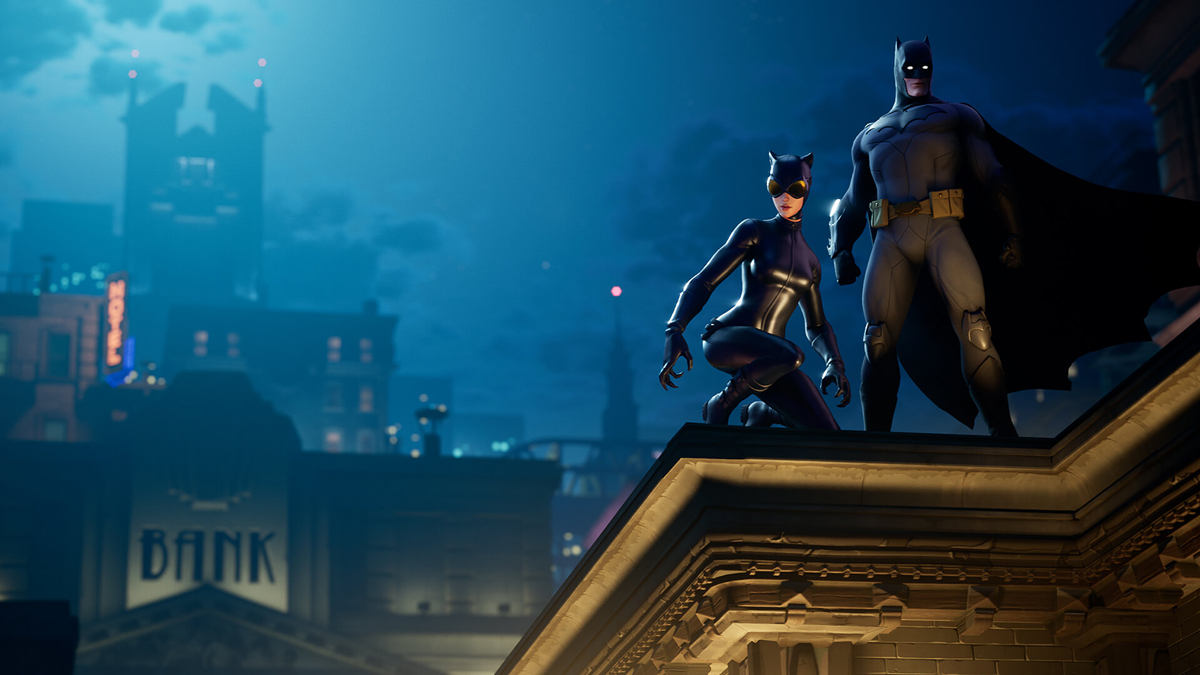 Why limit it to Fortnite?

Fortnite has seen crossovers with The Avengers, Marshmello, the NFL, and Borderlands, but its current mash-up may be the best of the bunch. As teased earlier this week, Batman has come to the island, just in time for Batman Day.

From now through October 6, players can explore a Gotham-ized Tilted Towers and complete Batman specific challenges. Batman-themed weapons have been added in the latest update, including a grappling gun and explosive Batarang. But best of all are the skins available. In the shop, players can buy the Batman Caped Crusader Pack, which includes two costumes, a Bat-Ax, and a Batwing glider. In the Item Shop, players can also pick up a Catwoman costume.

If you need more Batman love in your life, don’t forget the Epic Game Store has six games starring the Caped Crusader up for grabs, including the Arkham trilogy…which is only a trilogy if you ignore all those other Arkham games.