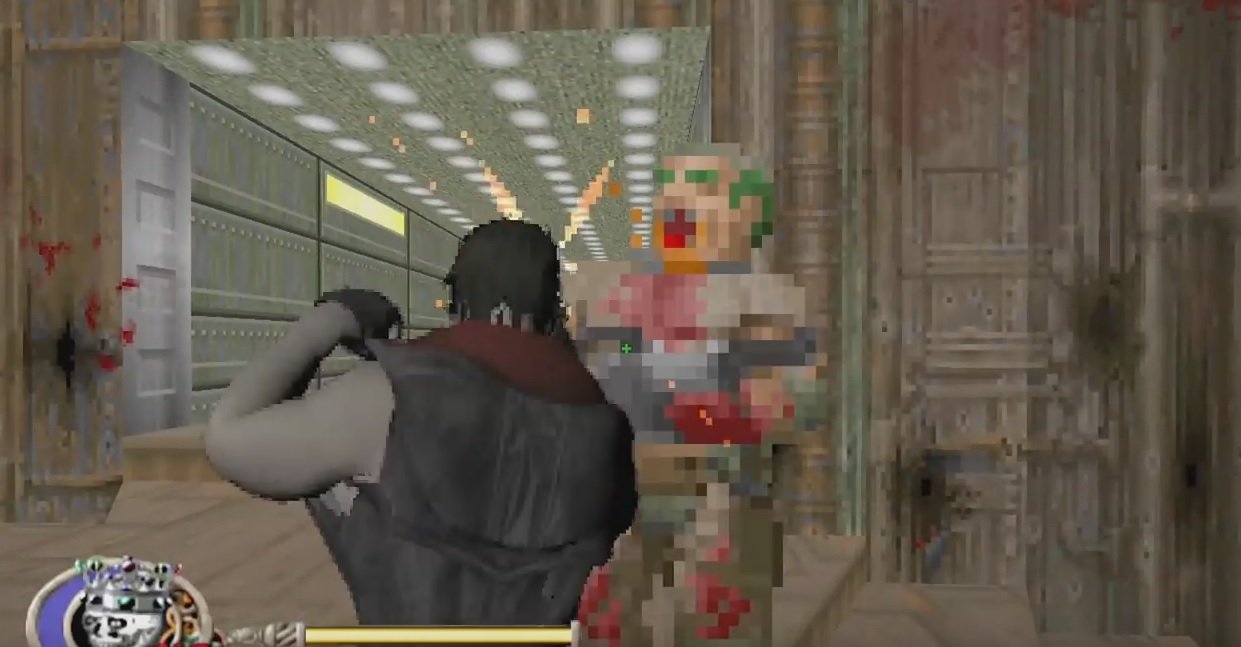 Otherwise known as Clover’s (RIP) best game (which is hard to do when you made Viewtiful Joe and Okami), it’s pretty much the quintessential brawler. It had it all — customization, a deep combat system with a scaling difficulty mechanic, amazing characters that should be brought back as soon as possible, and poison chihuahua races.

But this Doom mod manages to mix in God Hand‘s madness by placing the protagonist Gene into the fray — allowing for a more beat-’em-up feel. It works strangely well — hopefully it can get a good review score this time.

Filed under... #Capcom#Doom#Modding#Things gamers do