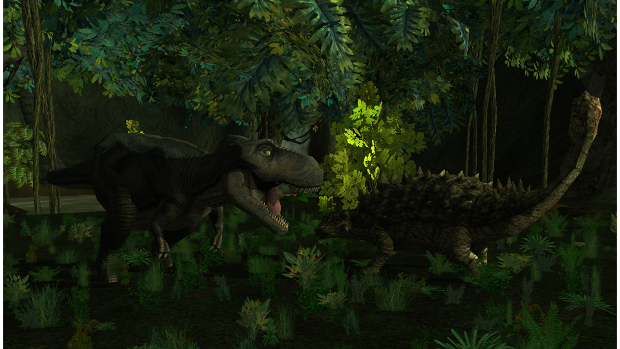 EverQuest has been going strong since 1999. That’s when the Slim Shady LP and “Thong Song” released. Or, much better, Black on Both Sides. It will be getting its 21st expansion, The Darkened Sea, on October 28 for All-Access Members (SOE’s subscription program), November 11 for free-to-play players.

The Darkened Sea, which pays homage to the 2007 expansion The Buried Sea, features eight zones, including: Arx Mentis, Caverns of Endless Song, Combine Dredge, Thuliasaur Island, Tempest Temple and Degmar, The Lost Castle. The one that ends with “saur” is where you’ll find the above dinos, naturally.

Aside from a new place to play, you can also expect a level cap raise (100 to 105) and a mount keyring to clear up inventory space. Upcoming updates before the DLC drops add the ability to make custom robe textures in PlayerStudio and a loot system rework (including an automatic “never loot” and “always loot” for certain items).