Do you have black cloth, scissors, and some ornate golden bands to wrap around both your legs and torso? Then you can follow these ten easy steps to dress like Gravity Rush hero Kat. You might need red contact lenses to complete the look, just don’t meet me in the middle of the night, thanks.

The image was posted to Twitter by Gravity Rush character designer Shunsuke Saito, who wrote in Japanese, “Once in a while, I’ll hear fans ask ‘What’s going on with Kat’s clothes?’ so I drew out how she wears them. The gold frame has a spring-like elasticity, and holds down and fixates the black cloth. If she moves around too intensely…it may slip off.”

I was concerned that the gold bands that wrap around her torso and legs were metal and potentially constricted blood flow, but no need to worry about that thankfully (be careful ye who cosplay). Instead I’ll just have to worry about her clothes flying off. I haven’t started the game but it should be fine so long as she doesn’t perform any complicated acrobatics or fly around in the sky. 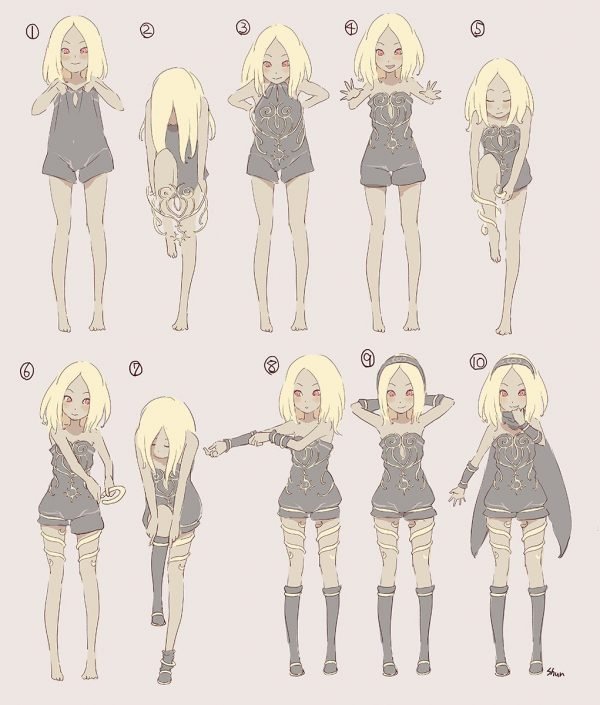