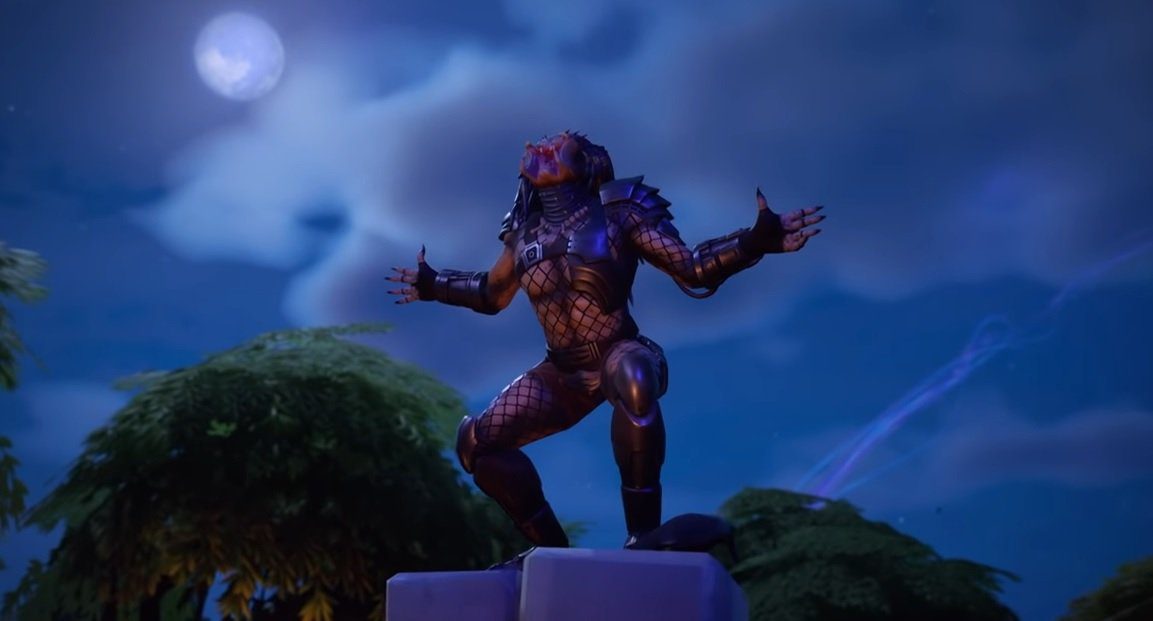 We knew The Predator was coming because of a few recent quests; and because nearly all Fornite info can be datamined, we knew it was coming on January 20.

This past week Epic invited players to locate a crashed ship in an area that was rife with the creature’s classic clicking sounds. Amid rewards of a very Predator persuasion, it was obvious that the character was coming at some point. Now we know exactly what he looks like in-game thanks to a new blog post and a trailer, which you can catch below.

Having the prerequisites done for some time, I updated Fortnite and jumped in to see what the rest of the hubbub involved.

The Predator is part of the battle pass (so you’ll need that), and all you need to do to unlock him is take him out in Sneaky Stronghold in battle royale (he’s typically in the northwest corner near his ship).

It’s kind of a blood bath getting in on day one (see above) as everyone wants a piece of it: so be wary that it might take you a few rounds to snag it.

Or, you could opt to go in as a squad (four players), which should make things significantly easier.

After that, you’ll be able to finish a few easy quests (most of which are menial tasks and involve using the Predator skin you just won) and unlock some cosmetic flair for the hunter. Also, just like The Mandalorian, The Predator will appear as an NPC boss in battle royale mode: killing him will grant you a cloaking device that lasts 30 seconds.

Here’s the list of quests you can complete for extra cosmetics after you get him. If you want, you can do all of these (outside of the bounty) in the less stressful team rumble mode.