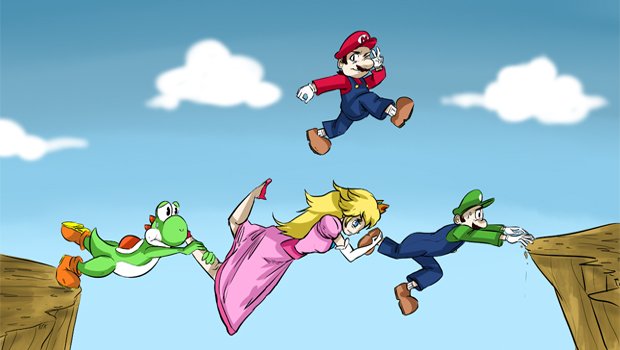 [Update: The art above is a mock up from fan artist Kibbles and is not official art from Platinum as originally reported. Sorry for the mistake, and thanks to Edutena for pointing it out.]

Sometimes a game takes a while to find its audience. Earthbound and God Hand are a couple examples. It took years of enthusiastic word of mouth for those games to gain the followings they have today. Maybe the same thing could happen with The Wonderful 101, a title beloved by some, ignored by many.

A borderline adorable new intellectual property about superhero baby people who join together to form giant, violent objects is already a tough sell. Throw in an unconventional control scheme, a “T” rating, and a deceptively deep combat system, and you’ve really painted yourself into a corner, at least from a marketing perspective. That said, sometimes passionate testimonials from fans are all a game needs to eventually become a hit. If The Wonderful 101 devotees keep talking about it, maybe it will keep selling.

Platinum games, the developer of The Wonderful 101, is certainly doing their best to keep the game in the public eye. They recently revealed tons of behind the scenes info on the game’s development, including concept art from the original plan to make it a Nintendo crossover for the Wii. Looks like Platinum sees Mario as something of a spotlight hog, stomping on struggling friends and family, winking at the camera as he trots across their sweaty, aching backs. It’s an interesting take on the beloved company mascot. I wonder why Nintendo didn’t go for it?

Platinum also released a few cheat codes to easy unlock The Wonderful 101‘s coolest secret characters, including Bayonetta, Jeanne, and Rodin form Bayonetta 1 & 2, two Wii U games which were just released outside of Japan. Platinum’s Hideki Kamiya teased me about this secret about a week or so ago, but I figured he was just screwing with us in his usual way. What a fun guy.

You can find the full look at the development of The Wonderful 101 here, and the easy unlock codes here.