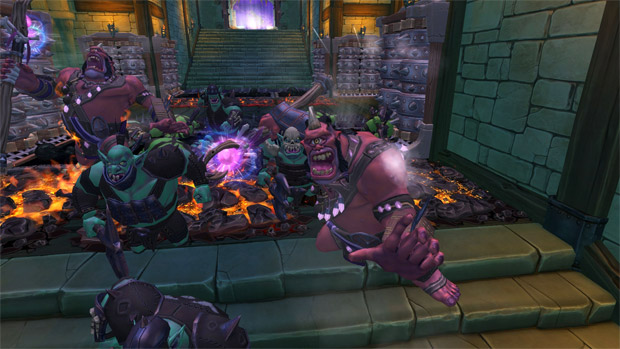 As of today, you can now grab the new “Lost Adventures” downloadable content for Orcs Must Die on Xbox Live Arcade. This five-dollar (400 Microsoft Points) pack adds in five fortresses, Frost Bats, Cyclops Mages, more skulls to earn, and a hearty selection of weapons.

The arsenal has been upgraded to include the Mana Well, Vampiric Gauntlets, Alchemist’s Satchel, Shock Zapper, and Floor Scorcher. We can all agree that the flying enemies are annoying little sh*ts, so it’s great to see a trap that is catered to taking them down.

Having only gotten into the game recently, I’m still making my way through Nightmare difficulty — but it’s consuming my free time at an alarming rate. “Lost Adventures” will likely keep me going for a few more evenings.