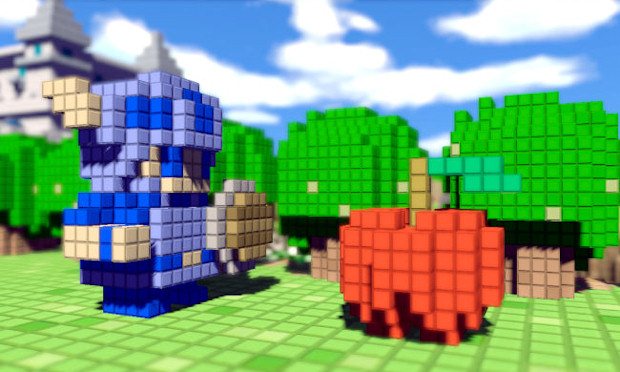 Yes, we know. We possibly talk about 3D Dot Game Heroes perhaps a little too much. We don’t care though, because the game looks awesome and the details just keep coming. The latest information comes by way of Babarageo, creator of a flash game called Futokute, Nagai, Ore no ***.

From Software borrowed an idea from this game, in which swords grow to ridiculous sizes, and in return Babarageo was able to test the game out and give his impressions. Here is what Babarageo had to say about his experience:

Okay, I’ve heard enough. From Software has tantalized me far too much, and now I swear I will find out this week whether this thing is coming to the West. I now embark on my quest to pull strings and ask questions and get some bloody closure on this issue. Wish me luck.