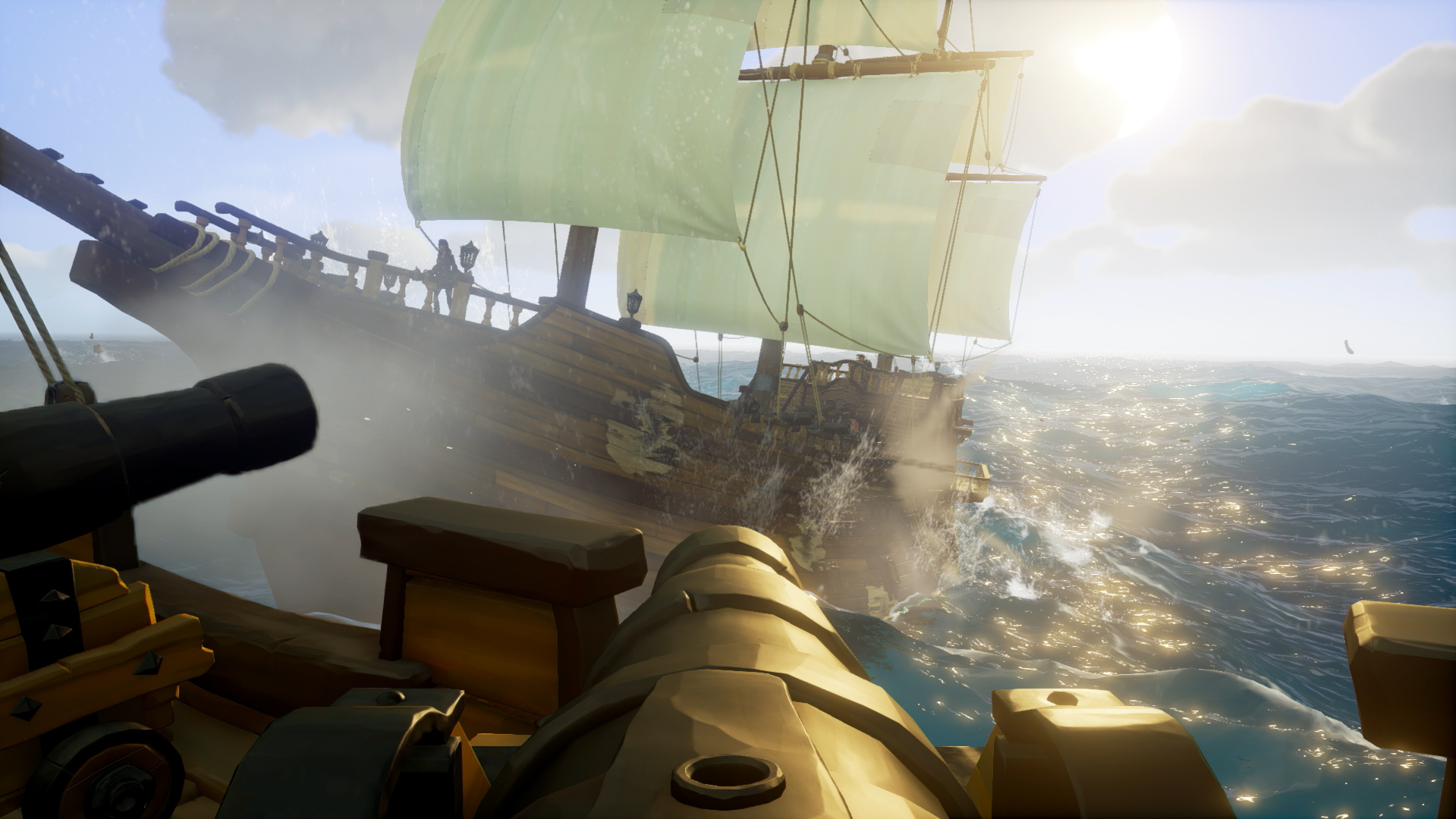 Rare brought only a basic slice of its Xbox One and Windows 10 shared-world pirate adventure game Sea of Thieves for attendees to play together at E3 2016, and yet it still ended up becoming one of the more talked-about demos of the show. It was good, silly fun in a way that even the most jaded, tired, and overworked convention-goers couldn’t help but warm up to.

I heard plenty about the studio’s ambitious plans for the game (quests, treasure-finding, various ship sizes and customization including single-player vessels, land-locked combat with skeletons, giant nautical enemy encounters like the kraken), but what I got to play was essentially what some of you caught at Microsoft’s E3 presser: team-based ship-to-ship fights, minus all that excited built-for-YouTube yelling. Again, despite the relatively limited scope, it was great.

My five-person crew consisted of one Rare rep and random strangers on an island. We immediately started drinking and playing our accordions, bobbing up and down by crouching and uncrouching, which is as worthy a team-building exercise as any. Situated and ready to go, we then raced to our nearby ship (one guy fell into the ocean on account of the screen-swaying booze). We reeled in the anchor together, dropped the sails, and we were off. Where were we headed, exactly? I don’t know! None of us did! But before long we saw other ships, also controlled by players, and our survival was on the line. 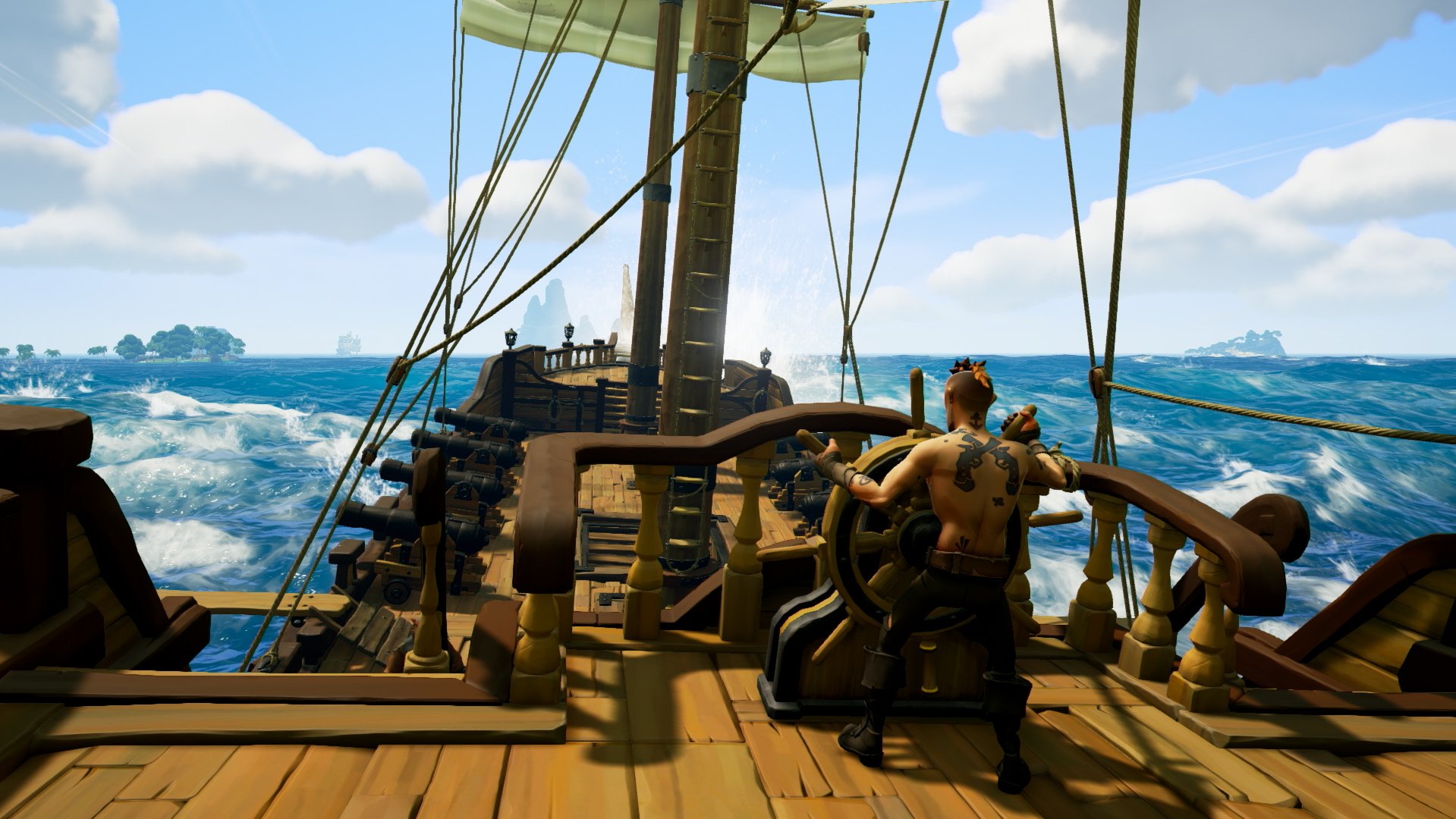 Sea of Thieves is by no means the first vehicular combat game to divvy up tasks among teammates and require coordination to succeed, but it is the most accessible one I’ve ever tried. Minutes into our demo, I felt like everyone had a good sense of how the ship worked and what role they might need to play depending on the circumstances. Initially, I climbed way up to the crow’s nest as a lookout, but then shifted to cannon duty because you can never have enough cannons going at once, you know?

Despite our best efforts, our aim wasn’t as precise as the competition’s. I plugged up the holes below deck, but I just couldn’t keep up with the rapidly rising water. We were clearly done for.

What do you do when a skirmish goes sour and your ship is beyond repair? Abandon it and pray your captors are willing to take on fresh recruits, putting you in some sort of pirate-versus-pirate bloodsport for their amusement as you try to rise the ranks to become their cherished pet?

You stay aboard, load up on grog, and accept your watery fate. It’s the pirate’s code. 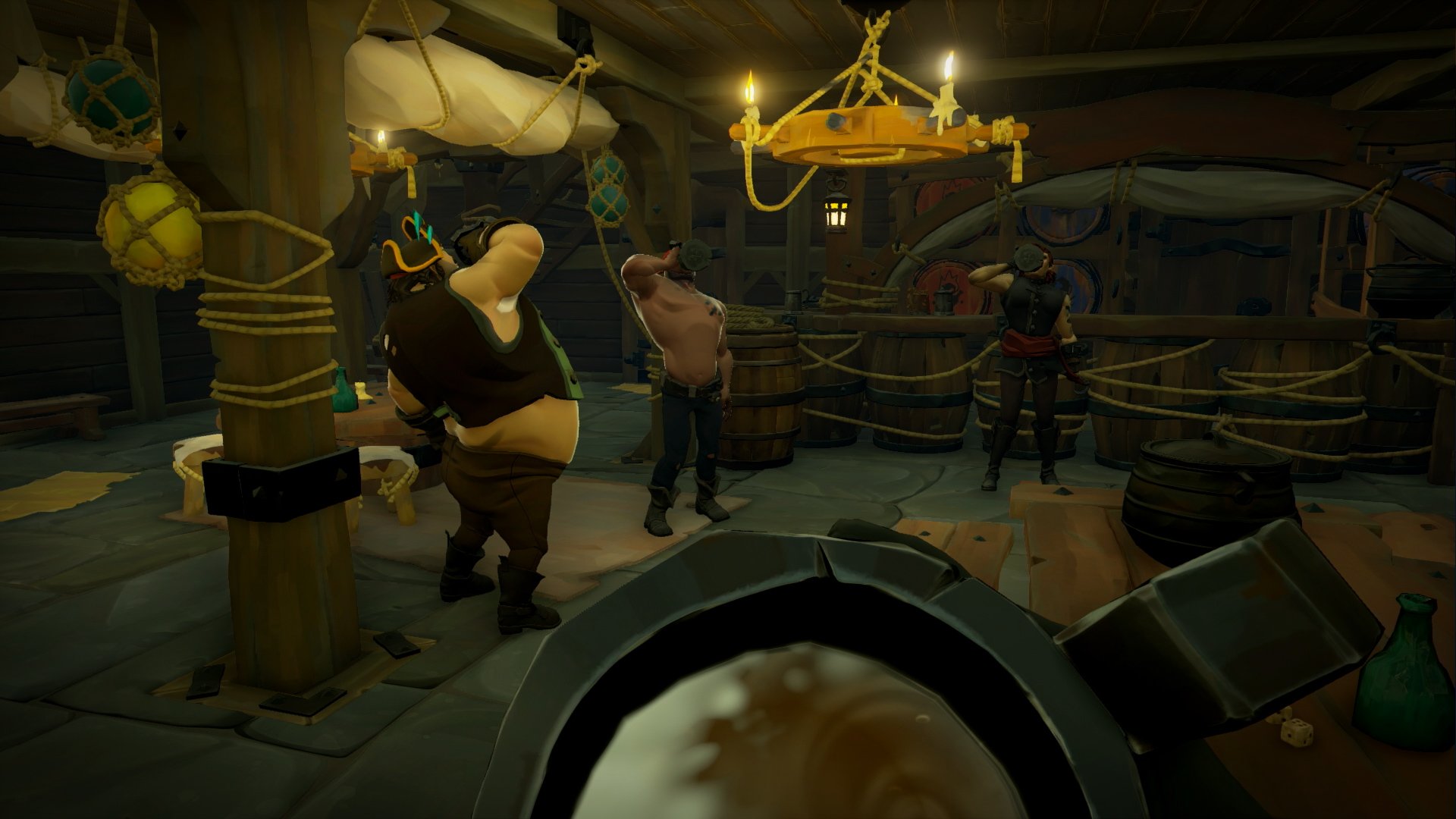 Given the player-driven nature of the game, my imagination has already been running wild with potential unscripted scenarios like that. I’d also love to self-organize a fleet of rapscallions who are honorable 95 percent of the time and soulless monsters the remaining 5 percent.

As for you lone-wolf types, lead designer Mike Chapman says that “We want to allow people to be the pirate they want to be. If you want to be the solitary pirate who sails around on a small, one-man ship, we want to allow you to do that… We’re trying to build [a] co-operative adventure game, but we don’t want to limit what players can do for people who want to get lost in the world. That’s just as valid.”

I’m not sure when the beta for Sea of Thieves is due out, to say nothing of the full release (not too far into 2017, hopefully), but I need in on this. It feels so good to care about a Rare game again.