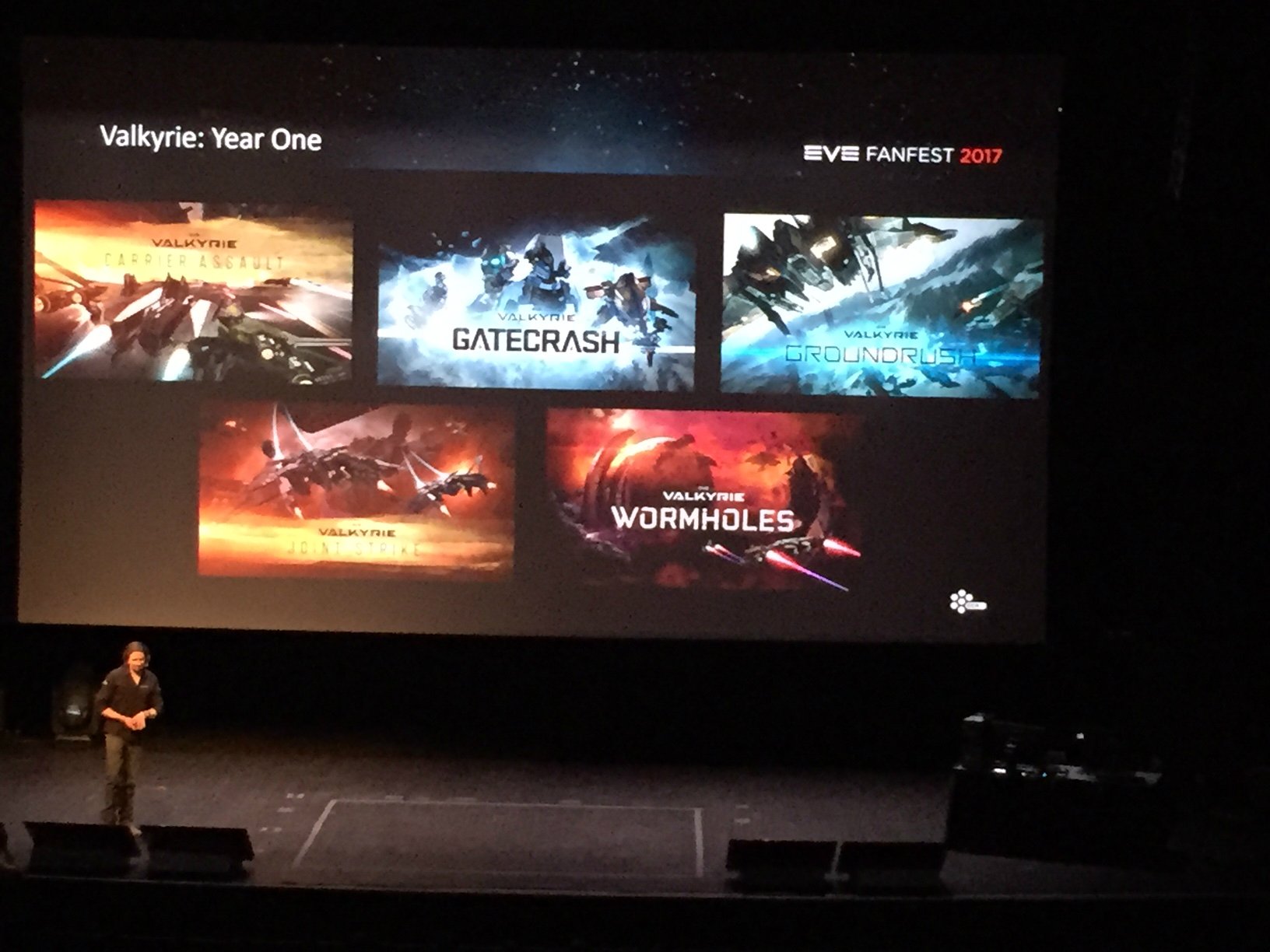 It was an Oculus launch title, and it’s still going

Having been there since the start of high-end consumer VR, I’ve seen many projects and developers come and go.

Whereas DLC is the norm for successful games in the traditional space, early on in the race you’d frequently see studios sing from the mountains about how revolutionary their new VR IP is, then a few months later, the crickets would be chirping while the tumbleweeds rolled by. For VR owners, that sense of sterility is a far cry from the excitement of opening up a new headset and putting it on for the first time.

But CCP didn’t stop at the Oculus Rift. They were one of the first developers (and one of the only to date) that released a title on the Oculus, Vive, and PlayStation VR platforms, and delivered cross-play for all three. That game is EVE: Valkyrie, and it’s getting its fifth update today.

I sat down with Andrew Willans, lead designer for EVE: Valkyrie, to dig a little more into the secret of their success and what’s in store for the future. “We’ve done so much with our 40-person team,” he said with excitement. “We’ve gotten so much feedback before and after release, and we really have our fans to thank in terms of why Valkyrie is still going on. To explain that a bit, we really rely on forum and user feedback to shape our game. While the PlayStation VR might be the majority of our userbase [Willans declined to give us exact numbers for each platform], it’s the PC users that are the most vocal, and we respect that.”

The Groundrush update, which is out today across all platforms, was definitely something Willans was jazzed about. In addition to unlocking co-op for more modes, expanding new player and veteran experiences, and adding Steam controller support, it also adds the first ever ground-based map (Solitude) for a flight experience to the EVE universe. As to why it took longer than nearly every other update — the horizon line.

Willans explains: “See in space, you can pretty much orient yourself instantly. Whether you’re flipping or rolling around, it’s easy to acclimate in space. But on a planet’s surface, seeing that horizon line while barrel rolling caused a lot of discomfort at first. We had to fine-tune it and do a lot of actual research on horizon lines to get it to work. Our breakthroughs are so recent that there’s no way we could have even done it six months ago.”

From there they slowly added structures, tubes, and tunnels into the map and built around the horizon, then added in some weather effects to make things less intense. Apparently CCP went through a lot of experimentation to ensure that the base game wouldn’t make people barf either, as things like UI placement, instrument size, and locomotion were all tuned over time to make Valkyrie more hospitable for everyone.

CCP sees themselves as “VR pioneers,” but the way Willans backs up that statement makes them seem a lot more humble. “Whenever anyone solves a problem in the VR space, or any area of tech, it benefits everyone. We’ve seen advancements that we’ve used, and other studios have benefited from our work. It’s a great time to be in VR right now and I feel like we’re all working towards this common goal together.”

The team doesn’t want to just keep dropping content though — it’s keen on re-balancing the game while sprinkling in quality-of-life updates here and there. One big shift that’s coming is the way we look at ships. He wants there to be less junk to sift through and more obvious choices, akin to something like a class-based shooter (but with more delineation). During the Valkyrie keynote he shared this graph, which showed that the vast majority of players were using the Wraith (the “standard” machine-gun and missile vessel), followed by four others and a severe dropoff for the rest. They’re not going to just take everything away though, as a new ship and a stealth-based class were teased.

VR still has a long ways to go until it’s a true household platform and not a niche. Willans and I mused over the future of wireless high-end units and lower price points, and he thinks the former will happen in the next two years. Until then you can probably play EVE: Valkyrie, as CCP has hinted that there’s no end date in sight for their timeline to support it.

As for potential Xbox One support? That all depends on Microsoft. Willans explained, “If they announce a headset, we’re all for it! Cross-platform play is another issue entirely that we’ll defer to other organizations for, but yes we’d be open to it. We don’t have anything to announce at this time as we haven’t made a push for the talks between Microsoft and Sony to open up yet.”