The developers at CCP face a unique challenge with EVE Online that other studios don’t necessarily face. Its players expect an incredibly deep and detailed experience, which means that evolving the game is particularly difficult. In the past, CCP accomplished this by holding the reins tight. Player freedom was a necessary sacrifice.

Moving forward, EVE Online pilots will find that they’re going to have more options. That’s not a one-off change; that’s something that according to executive producer Andie Nordgren is a concerted effort from CCP — something that will hopefully define the EVE Online experience from now on.

The two most evident examples at Fanfest 2015 were the announcements of untethered structures and a wealth of ship skins. The former is something that will greatly vary the gameplay in EVE Online, as starbases could previously only be built around moons. Now, that those can be positioned anywhere, it opens a world of possibilities for players. 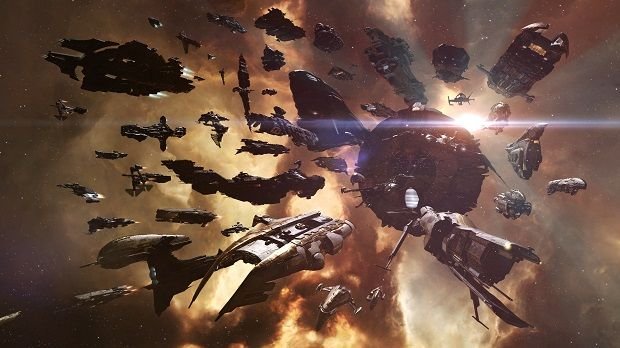 Nordgren said that this was “a huge step” for CCP. She cited it as the developer’s way of saying “What you see in space should be much more in the hands of players.” But, it’s not necessarily as simple as CCP providing the sandbox for pilots to play in — that might threaten the very foundation which EVE Online was built upon.

“We’re going more and more in that direction,” Nordgren remarked about the possibility of an open sandbox. “But, it’ll never completely get there,” Nordgren continued. She elaborated “We’re going more toward a place where we want to control the reality of the New Eden universe, how it works, and what’s possible. Ideally, players should control anything that players can build, for example. And, then they can work with what you can do in that reality. It’s a fictional space universe, and it makes sense that we as a developer are responsible for the world, and we should give tools to the players to do stuff in it.”

If the change to structures is the functional example of this mindset, the customization to spaceships is the creative embodiment of it. It’s borderline silly how big of a deal this is to the EVE Online universe; after all, nearly every other game on the market is chomping at the bit to offer (in most cases read: sell) extra skins.

Even Nordgren had to chuckle a bit when I asked why this was such a monumental step. As it turns out, it’s less about the actual aesthetic, and more about what they represent. “The game is 12 years old, and we have a very ambitious art direction for it as part of why it looks really good. We haven’t really given players any means to stand out or customize their stuff. Players have been asking for this for a long time,” she explained. “You had some options before, but it was mostly through acquiring completely different special ships rather than changing your ship. This is a huge upgrade to that. Also, it’s really reflecting that the players are getting more power in the universe. These almighty space pilots get to finally decide what their ships look like.”

All-in-all, it boils down to CCP becoming less rigid as the gatekeepers to EVE Online. It seems as if the developer strives to draw attention away from the idea that the game has limitations, and enforce a mentality that it just exists as the player wants it to. This is apparent by looking at the roadmap to changing EVE over the years, which has moved from two major updates each year, to ten updates per year, and now, a constant stream of new features.

Nordgren says that CCP found this evolution of its features model to be “a natural progression” because it would want to release updates that weren’t necessarily thematically tied to whatever happened to come next. This left a lot in limbo, which is a pointless problem in an ever-changing, living, persistent world. 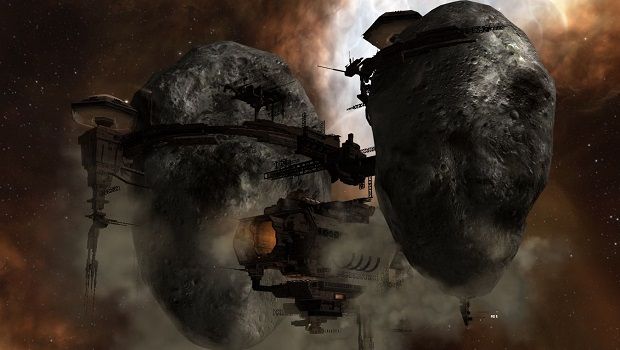 But, mostly, CCP found itself in a weird place where players only paid particular attention at certain times. Nordgren said “In the past, we’ve trained people to really care about these release dates because we had two per year, and features would only come on those days. So obviously, people would invest a lot and care about those dates. But then, a bunch of features actually become available in between. So, it’s like ‘Well, they’re not exactly part of the release, and they’re not part of the next release, so how are we going to tell people about them?’ We release a bunch of stuff, but people barely notice because it’s not on this big date.”

The solution? As Nordgren, with a grin on her face, brazenly put it “Shit’s gonna change all the time.” She added “You’re probably going to care more when it’s big features, so let’s focus on the features instead of the dates. Instead of trying to teach everyone that this date has this name and then talk about what’s in it, we just talk about features.”

So, if EVE Online feels like a more fluid entity beginning in the coming months, that’s because it is. A lot of care and planning has gone into making it seem like a game with less monumental changes. Those changes are still happening, they’re just not telegraphed the same way. It’s all part of an ever-evolving model to put power in the players’ hands and to make the EVE universe as closely rooted to the possible and the achievable as it can be.