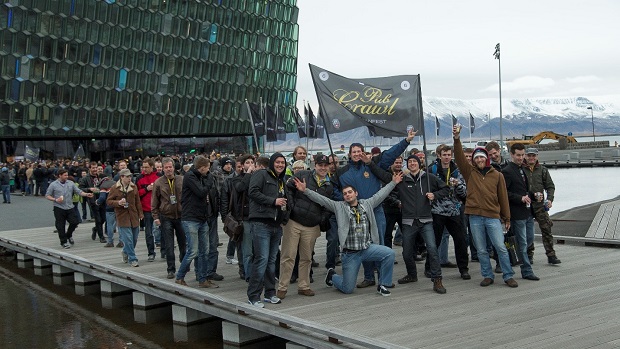 In Reykjavik, Iceland as always

Pilots in EVE Online might feel like they’re on top of the world when they’re flying their spaceships through the galaxy, but if they want the full and authentic treatment, they have to make a voyage to Iceland for Fanfest — the gaming convention dedicated entirely to the EVE universe.

CCP revealed today that the final details for Fanfest 2015 have been locked in. It’ll take place from March 19 through March 21 in Reykjavik. Tickets are on-sale now, and CCP’s offering some packages to make the whole journey a bit more affordable. Pilots can even use PLEX to pay for their admission into Fanfest. All of the information’s available on the event’s website.

Last year kicked off with a monument dedication, had plenty of EVE Valkyrie, saw the announcement of Project Legion, detailed the future for EVE Online, and pitted CCP developers against an MMA fighter. And, that says nothing of all the partying that happened every night.

Only CCP knows exactly what’s in store for Fanfest 2015, but there’s sure to be lots of game-related announcements and drunkenness. Also, on March 20, there will be a total solar eclipse, and NASA says that Iceland’s the best place in the world to view it. That by itself is a pretty darn cool reason to want to be in attendance.