Power to the people

CCP has announced that EVE Online will be getting a new expansion on November 19, 2013 called Rubicon. This expansion will be aimed at adding some chaos into the game to rattle the cages of anyone who has been getting overly comfortable in their little corner of space.

One of the more interesting things the studio mentions is that players will be able to control taxation for planetary Interaction in high-security space, which is something that up until now has been controlled by one of the four non-player controlled empires.

Planetary Interaction is a system that lets players harvest resources from planets, and all of the goods have to be moved to a customs office before the players can access them. Now players can destroy existing computer-owned customs offices, and build their own and tax anyone who wants to work on that planet. I’m sure that this will cause massive amounts of chaos and insanity, which fits right into EVE. 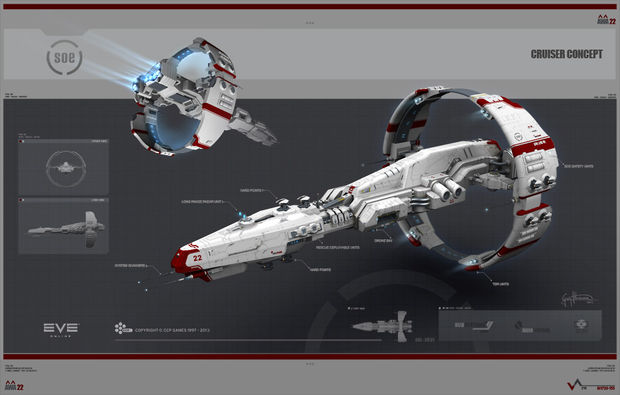 On the interface side of things, a new system called Interbus is being introduced to help players plan out how they want to train new skills and progress their character. Right now planning a character is often done with the aid of a third-party program like EVEMon. Planning a character is something that can require you to plan out skill training for months, sometimes years in advance, so having a built-in solution will be a really nice streamlining feature. This change will also tie into some adjustments made to the game’s certificate system, which shows what jobs, skills, and roles a player has the skills to perform.

Interbus looks really nice, and a feature like this has been really missing from the game. Part of the craziness of EVE has been that players have always had to turn to outside sources to figure out how to play the game, which gives it a type of niche appeal but it hurts the amount of new players that stick with the game. The more people can figure out what they are doing while they are in the game, the better.

A new deployable unit, called a Siphon, will be able to be planted outside of player-owned starbases. This little guy will sit outside and STEAL things from other stations. This will add more insanity and chaos, which EVE players love. Other new units will be a deployable base that can be dropped in space for quick-fitting changes and maintenance, an automatic tractor beam and looting device that will pull in destroyed ships for salvaging, and a deployable jammer for null-sec fun.

All of these changes sound exciting to me, and I can’t wait to have insane pilots come disrupt my peaceful mining operations.