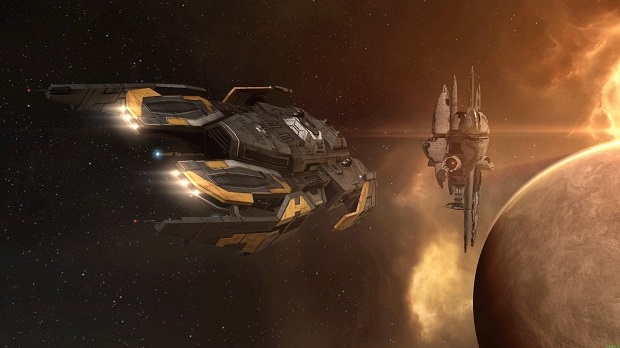 ‘These almighty pilots finally get to decide what their ships look like!’

The EVE Online keynote at Fanfest 2015 just wrapped up, and one of the major themes was that CCP wants to put more power in the hands of the players. A popular way of accomplishing this is by finally releasing unique ship skins so that pilots can customize their look.

From the outset, CCP has unveiled 102 new skins, which will bring EVE Online‘s total to 130. But, the developer has no intention of stopping there. According to executive producer Andie Nordgren, CCP’s future plans for additional ship customization are quite elaborate, including the eventual inclusion of exclusive skins.

When asked about the prospect of releasing exclusive skins for top-tier players or extraordinary in-game feats, Nordren commented “Yeah, absolutely. We’re kind of taking one step now, just getting the new system out there with a whole bunch of skins so people can try it and play around with it. But, we have all kinds of plans for the future. We want some of these skins to be available through stuff that you do in the game. It might be that you’ve done something that people know.”

Another variable that CCP’s taking into consideration is the second-hand market. Nordgren’s excited about the idea of simultaneously feeding and evading that environment. “We also have the player market, so it’s possible for us to give out stuff that people might resell. But, we could also give out stuff that’s just on your character that you can’t give out to anyone,” she said.

While all 102 new skins were shown at Thusday’s keynote, CCP hasn’t released images of them for public consumption. However, we got our hands on a decent sample size of 11 of the skins. It’s only (approximately) one-ninth of the full collection, but it’s enough to get the general idea.