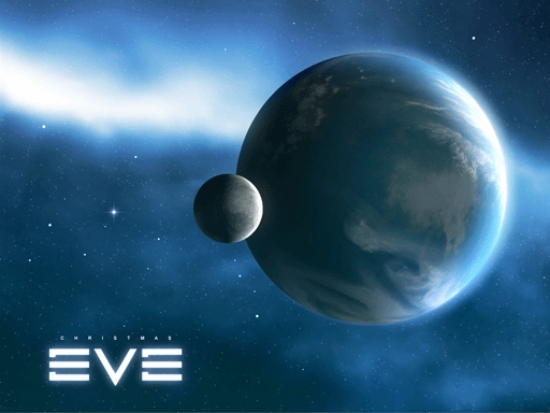 Today Valve Studios announced that EVE Online, arguably the most popular space based MMO’s, is coming to Steam.  The addition of EVE Online to the Steam library marks the first MMO to be added to the Steam repertoire.

To celebrate EVE’s arrival a free 21-day trial of the ubiquitous space opera MMO will be made available to all Steam members in addition to a $5 discount for the first full month of EVE goodness.  If you’ve played the game or listened the obssessive ranting of one of its players you know EVE Online is already a fantastic game, I can’t wait to see what happens to it in the capable hands of Valve Studios. I love these beautiful b*stards more every day.

Bellevue, Washington and Reykjavik, Iceland – January 22, 2008 – EVE Online, the award winning massively multiplayer online (MMO) game from CCP, is coming to Steam, a leading platform for the delivery and management of PC games and digital content with over 13 million accounts worldwide.

To celebrate the launch of Steam’s first massively multiplayer online game offering, a special 21-day trial period for EVE will be available, free of charge, to all Steam gamers. Steam gamers will also save $5 off their first full month of EVE Online.

“Launching EVE on Steam means the addition of another fantastic PC game and the introduction of MMOs on Steam,” said Jason Holtman, director of business development at Valve. “The team at CCP continues to expand EVE’s universe and gameplay for the legions logging in to play each month, just as we continue to expand Steam’s consumer and developer features.”

EVE Online is a leader in online gaming technology, hosting hundreds of thousands of players in the same persistent universe. The latest of the EVE Online expansions, which are always free for players, introduces a graphic update of gargantuan proportions and a host of new gameplay features. Every ship, station, and stargate is rendered in an amazing splendor of spacefaring sights.

“We are immensely excited and honored that EVE Online will be the first MMO on Steam,” said Magnus Bergsson, VP of Sales at CCP. “Steam has been the leading online distribution platform for a long time and home to some of the most dedicated gamers around, so we couldn´t think of a better fit for EVE Online.”

For more information on EVE Online and Steam, go to www.steamgames.com/v/index.php?area=game&AppId=8500

About Steam
The leading online platform for PC games and digital entertainment, Steam delivers new releases and online services to over 13 million PC users around the world. For more information, please visit www.steamgames.com

About CCP
CCP is recognized internationally as an industry-leading pioneer of the single-server persistent universe architecture as the developer and publisher of EVE Online, the critically-acclaimed, science fiction-based massively multiplayer online game (MMOG) .  Utilizing a cross-discipline approach combining cutting-edge technology and artistic excellence, CCP is dedicated to providing vibrant, compelling products that transcend the boundaries of conventional MMOGs and facilitate social networking through virtual worlds. Founded in 1997 and privately held, the company is headquartered in Reykjavik, Iceland, with offices in Atlanta, London and Shanghai. More information about CCP is available at the company’s website, www.ccpgames.com.

About EVE Online
Set tens of thousands of years in the future, EVE Online is a breathtaking journey to the stars, to an immersive experience filled with adventure, riches, danger and glory. With over 220,000 subscribers worldwide inhabiting the same virtual universe, EVE features a vast player-run economy where your greatest asset is the starship, designed to accommodate your specific needs, skills and ambitions. EVE offers professions ranging from commodities trader to mercenary, industrial entrepreneur to pirate, mining engineer to battle fleet commander or any combination of these and much more. From brokering business deals to waging war, you will have access to a diverse array of sophisticated tools and interfaces to forge your own destiny in EVE. Learn more and sign up for a free, 14-day trial at www.eve-online.com.

Definition of Subscribers
EVE Online subscribers include individuals who have paid a subscription fee or have an active electronic time code (ETC) to play EVE Online, as well as those who have purchased the game and are within their free month of access. The above definition excludes all players under free promotional subscriptions, expired or cancelled subscriptions and expired ETCs.