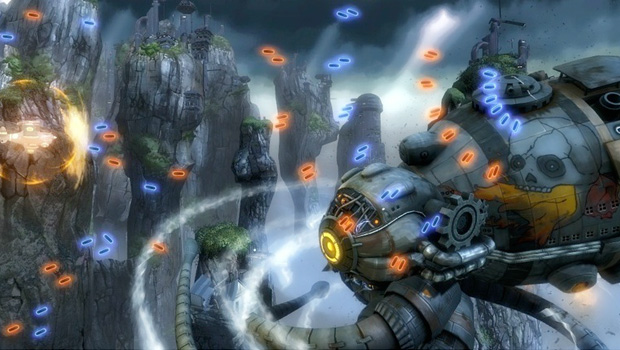 The dieselpunk love child of studios Grasshopper Manufacturer and Digital Reality, Sine Mora, has raised the bar of their design credibility with the addition of a popular anime artist, Mahiro Maeda. Maeda has contributed mechanical designs to the project, which the game’s boss battles will be based off of. He’s probably most famous in the states for the animated sequences of Quentin Tarantino’s, Kill Bill Vol 1. Maeda is also revered for his work on Neon Genesis Evangelion, The Animatrix, and Blue Submarine No. 6.

I’m really curious to see the results of this Japanese/Hungarian shoot-em-up. Instead of each studio working on the same parts together, they are each contributing different aspects of the game. I typically don’t dig too far in Xbox Live Arcade titles, but now that Sine Mora is an exclusive, I think it’s about time.