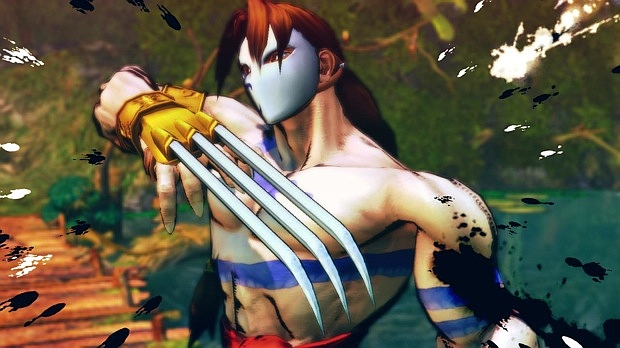 So, the GameStop Street Fighter IV competition is a wrap and you’re bummed that you couldn’t participate. (Jobs and family tend to get in the way of these things.) Don’t despair — Capcom is throwing another lively tournament. It’s not quite like the aforementioned GameStop tourney, but it’ll provide plenty of that Ken versus Ken action we’ve all come to love since Street Fighter IV’s release.

And it’s only for Europe (France, Germany, Italy, Spain and the UK) and only on the Xbox 360.

Entering the tournament is super easy. Just go to this official page to register before May 17. The first phase of the tournament takes place completely online and relies on the upcoming “Championship Mode” patch. To get into the finals, all you have to do is earn a megaton of Grade Points. Eventually, Capcom will take the top 30 scorers and have them compete in an “exclusive live final” in their respective countries on May 30/31st.

If you rock it out at home, Capcom will send you — all expenses paid, no less — to a “secret European location” in mid-June to compete in another round of finals.

The majority prizes are unknown, but Capcom did mention that they’re “unique.” The grand prize certainly is. Who wouldn’t want to roll through the streets of Barcelona on this puppy. (I think a massive bronze Vega statue needs to happen.)

Capcom has joined forces with Xbox 360® to find the Street Fighter IV champions, of France, Germany, Italy, Spain and the UK and then the chance to be crowned Ultimate European Street Fighter Supreme Master AND win some amazing and unique prizes.

With the new free ‘Championship mode’ update for Street Fighter IV, you can truly test yourself against the very best. The new mode will be available to all SFIV players through a free update through your console.

Entering the tournament couldn’t be easier. Registration is open to all Street Fighter players on Xbox LIVE® from 17th April until 17th May and can be done through this link www.capcom-europe.com/sfivofficialtournament/

Lets us know your contact details and Xbox Gamertag and we’ll track your progress in the new automatic Championship Mode leader boards.

You don’t have to set up matches and can play at times that suit you. All you need to do is win as many matches as possible and build up your score of Grade Points (the new reward system in ‘Championship Mode’).

The top 30 Grade Points scoring players will be invited to an exclusive live final in their respective country to be held on the weekend of 30th/31st May. National champions will be sent on (all expenses paid) to a secret European location for the Euro final weekend 13th/14th June.

Full details can be found on the www.capcom-europe.com website

FREE ONLINE PLAY TO ALL XBOX LIVE GAMERS
You don’t even have to have Gold membership play in the tournament. From the 1st to the 4th of May, Xbox is running the Xtival weekend which gives all silver live members full access to online gaming. Street Fighter IV is a top featured game for the Xtival and a perfect chance for everyone to start winning the all important ‘Grade Points’ and a chance to win the title.