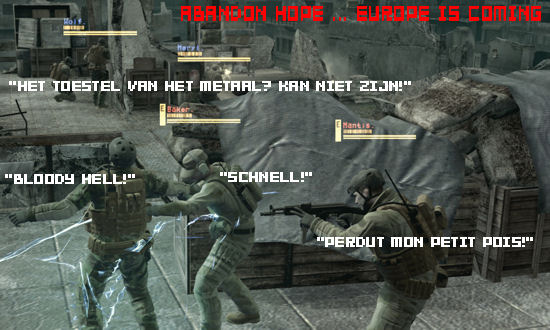 Good news, my fellow Europeans! Despite concerns that Europe would not be getting in on the beta for Metal Gear Online, it has been confirmed by Konami that such talk is falsehood. It looked like Europe would be getting the shaft due to retailers knowing absolutely nothing about pre-order beta test entry. The reason for this is that, unlike in America, we may not be getting our chance at a beta in this way.

Konami is going to announce its plans for the European beta soon, but until then, if you were in the PAL territory and worrying that you wouldn’t be able to get your MGO on, then fret not. Just sit tight and Kojima will send for you.