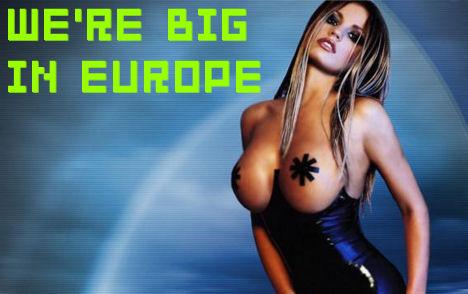 Yes, you read that right. Even though developers seem to believe that it’s “not worth” bothering to localize games for Europe, it might stun the industry to know that Europe is actually a larger consumer of videogames than the United States!

The PAL region is now the second-largest gaming territory in the world, only slightly below Asia but above the USA. Last year, Europe generated €7.3bn for the games industry. Even more interestingly, across the continent it has been revealed that some 81% of parents actually game with their children, while the average age of gamers in the United Kingdom is 33.

Nielsen Games’ “Videogamers in Europe 2008” study has shown that gaming beats out other forms of entertainment, with 72% of those polled finding videogames fun compared to the 68% who said the same of television and cinema. The study is also an interesting victory for Europe’s PEGI system, as it was revealed that 93% of people understood the ratings.

While studies aren’t always reliable, money is, and with it coming out that Europe generates this much cash for the industry, why are we given such a royal shafting? Sony has already revealed that some developers think Europe is a waste of time and effort, while €7.3bn seems to prove them wrong. Europe is now a larger market than America — though maybe that’s because we’re expected to pay twice as much. Either way, I think this is something developers should think about the next time they think Europe isn’t worth a localization.