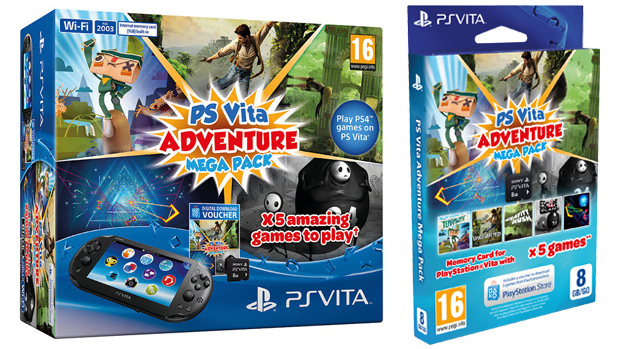 Sony will offer a fresh PlayStation Vita Mega Pack this autumn in Europe, available as a system bundle or a standalone memory card bundle for folks who already own a PS Vita.

In either case, the featured games are Gravity Rush, Uncharted: Golden Abyss, Tearaway, Escape Plan, and TxK — a nice introduction to the handheld’s library.

The bundle with an 8GB memory card will cost €39.99, while the full Mega Pack with a PS Vita included as well will be €199.99. For what it’s worth — a lot, given how valuable storage is on the system — the games themselves must be downloaded from PlayStation Network. These packs include vouchers for the five titles, not physical copies.