So the folks at Eurogamer have taken it upon themselves to do the entire gaming community and the world at large a favor, and have conducted detailed framerate tests on the Xbox 360 and PlayStation 3 versions of Grand Theft Auto IV.

But Eurogamer took it one step further, conducting the tests not once, but twice. The details of the tests can be found here, but the general results are shocking and conclusive:

Interesting figures, to say the least. But what does all of this mean for gamers, exactly? In an internal email discussion, the Destructoid staff breaks it down. Hit the jump for some real eye-opening industry discussion.

Jim Sterling, Reviews Editor/Wearer of a Monocle
Just what IS the big erection about framerates anyway? Am I the only one who doesn’t give a shit provided the characters aren’t moving like stop motion Jason & the Argonauts skeletons?

Dale North, Writing Machine
I’m the same way. I’ve never cared, as long as it doesn’t hinder the game. Shit, I still play games where the characters have three frames of animation — left foot in front, together, and right foot in front — all the time.

Nick
But I think this conclusively proves that the Xbox 360 version is BETTER than the PS3 version. I mean, it has more frames per second, guys.

Joe Burling, News Contributor/Framerate Expert
Frames per second is only one piece of a large pie. What makes games look good is a combination of things, including framerate, color, contrast, resolution, etc. All things are important, but no one should focus on one single thing.

Framerate is important because we’ve all seen what happens when the framerate drops. That sucks. To discount framerate altogether is ignorant. But, to think you NEED to have a framerate of 60 is just silly, as 30 can look great. One thing to keep in mind, though, is that framerate is often one of the things most associated to people getting motion sick when playing a game. The higher the framerate, the less likely you are to experience motion sickness.
Resolution is often the most misunderstood one. Resolution is like #4 on the importance list. As long as it is decently above 480p, the game or anything will look good. Call of Duty 4 was under 720p on the 360 and PS3, but most people think it runs at 1080p. Gears of War only ran at 720p. But why do these games look so good if they are under 720p? It’s because the focus is on the other things, like contrast and whatever else they focused on.
By now, most of you have noticed a slight but consistent difference between the way 360 and PS3 games look. PS3 games tend to have lighter colors and look a little more washed out. 360 games have much richer colors and better standard lighting, but that can also make the games look more jagged because you can see everything in more detail. It’s a matter of opinion. I think people should look through all of those comparison videos between the 360 and PS3, and pick the one that looks the best to them overall. To each their own.
But to focus on a five frame per second difference is just silly. 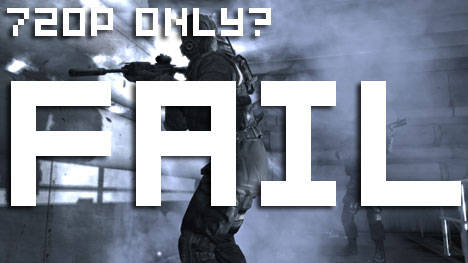 Nick
I think what you just said was that the Xbox 360 rules, the PS3 drools. Confirmed.

Jim
Jesus, Burling. How much is MS paying you to suck them off? Jesus!

Joe
Haha… I like the look of the 360 better, but some people like the PS3 look better.

At the same time, however, I don’t see much a difference between the two at all anymore… and I doubt we’ll see much of a difference going forward outside of specific exclusive games that really focus on the console it’s being made on.
Jim
“I like the the 360 better.”

What a fucking fanboy.

Adam Dork, News Contributor
TALLEDAGHEA NIGHTZZZ!!!
Joe
I’m such a fanboy, I know. I bought a PSP so I could piss on it. Fuck Sony!!! I LOVE my 8th 360 (yes, I’ve had that many RRoDs)!!! MS FTW!!!
Jim
YOU’LL NEVER GET METAL GEAR SOLID 4 BURLING! I AM PERSONALLY INVESTED IN YOU NOT DOING THIS THING I WRITE ABOUT! 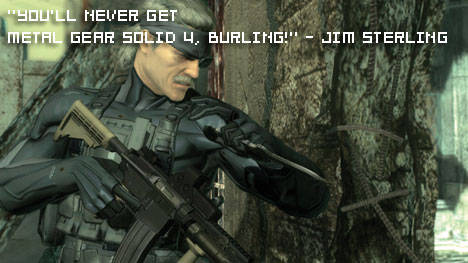 Joe
OH YEH!?! WELL I’VE PLAYED IT AND YOU SUCK AND NEED TO LOSE WEIGHT AND YOUR BELLY IS BIG AND YOUR MONOACLE SXORS AND BAD GRAMMARS AND INTERNETS!!!!!
Jim
WHY DON’T YOU DRINK THE KOOL AID BURLING YOU HAVE GROUP THINK MENTALITY AND IS A SHEEPLE AND I AM CLEVER FOR POINTING OUT THESE THINGS I HAVE POINTED OUT HA HA DRINK THE KOOL AID!
Joe
ZOMG YOU IS RACIST ADN DONT NOW ANYTHING ABOUT VIDOE GAMES!!!! YOU ONLY LIKE TEH SONYS BECAUSE YOUR MOM!!!! MY DAD COULD TOTALLY BEAT YOUR DAD IN A FIGHT!!! mEET ME AT THE VIRTUAL BIKE RACK IN SEcOND LIFE AT 3PM!!! YOU ARE GOING DOWN!!! YOU ARE THE ONE WHO DRINKS TEH COOL AID! DO YOU EVEN KNOW WHAT A KOOLAID IS? oBVIOUSLY YOU DONT BECAUSE YOU DIDN’T EVEN MENTION THE FACT THAT KOOLAID IS WAHT THE COOL KIDS DRINK, HENCE THE NAME KOOLAID!
Jim
KIIIIIIIIIIIIILL
ZOOOOOOOOONE! 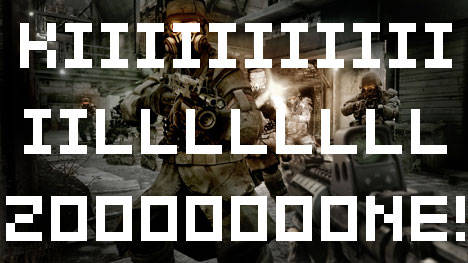 Joe
KILLZOONE SUXED THE FIRST TIME!!!! WHAT MAKES YOUTHINK ITS GOING TO BE ANYBETTER THE SEOCND TIME!!!!
I HATE YOU!!!!!!!!!
Dale
This needs to be a post.
Nick
Good idea. I’ll do it.