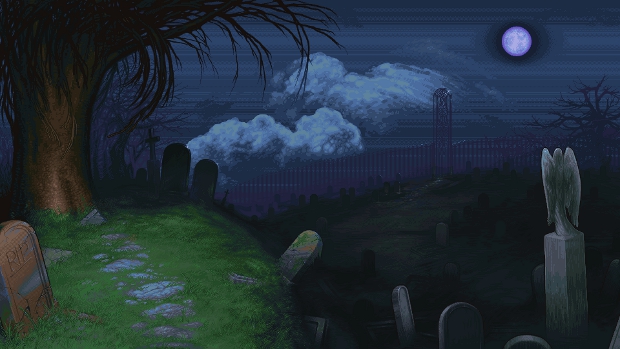 A spirit reconciles his own death

When developer Thomas Finch first showed bits of Ethereal, I almost wanted to share it simply because of how pretty it looked (especially in motion), but at the time, there was not a lot of other information to go on. It is a story about a man who dies suddenly, and afterward, he navigates the spirit world to come to terms with it. It is loosely based on Finch’s own father’s death.

Now that there is gameplay to show, the project is launching on Kickstarter today. Ethereal looks like it shares a central mechanic with VVVVVV, where the spirit protagonist cannot jump, but can flip gravity for himself. Unlike that Terry Cavanagh classic, this applies the idea to a cerebral puzzle-platformer rather than a twitch action-platformer.