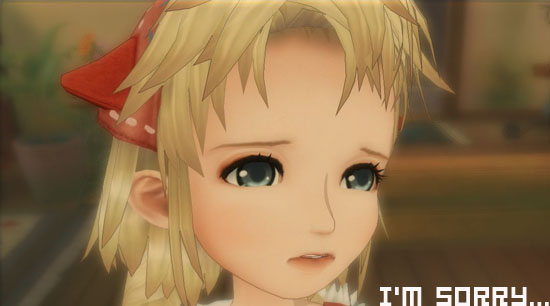 I used to hate the early Xbox years when a title like Silent Hill 2 for PS2 would hit, and then shortly afterwards a version for Xbox with more content would appear. Seems the process is being console reversed now: Eternal Sonata’s PS3 incarnation will feature two character that were previously non-playable (Serenade and Prince Crescendo) and extra story sequences. Grrr! The only motive here can be to drive a gamer to buy a game twice, which peeves me beyond description.

Maybe Xbox 360 owners who have already bought the game will get the extras as downloadable content, but of course what reason would one have to buy the PS3 version then? I’m betting much like Silent Hill 2, you have to shell out another $50-$60 to get a whole new copy of the game just to check out the extras. Sure, we can resist, but it makes me feel manipulated, dammitt.

Filed under... #Not what I had in mind