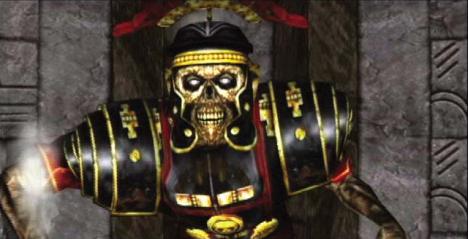 Game developer Silicon Knights has confirmed in a post on their IGN blog that the company wants to make a sequel for Eternal Darkness, originally released on the Nintendo Gamecube.  Silicon Knights’ director, Denis Dyack stated in the blog that the company definitely plans to create a sequel for their original game, but stated no set time for development.

I am most often asked if we have sequels in mind for Eternal Darkness. The answer is absolutely yes. Although this may not be obvious to those outside of Silicon Knights, anyone inside the guild understands that there is really no other answer. When creating an original game we start by conceptualizing an entire universe. Once the universe is conceptualized we then tell a story within that world.

Denis Dyack also stated that they want to turn Eternal Darkness into a trilogy along with Too Human.

After creating numerous worlds over the years, developing a trilogy is just a natural progression in our game making process. Eternal Darkness and Too Human all fall under the same umbrella of universes that we created. We have many stories to tell within these worlds so this time around we felt it was time to tell more than just one.

Look forward to this great horror adventure game’s sequel coming some time in the future.