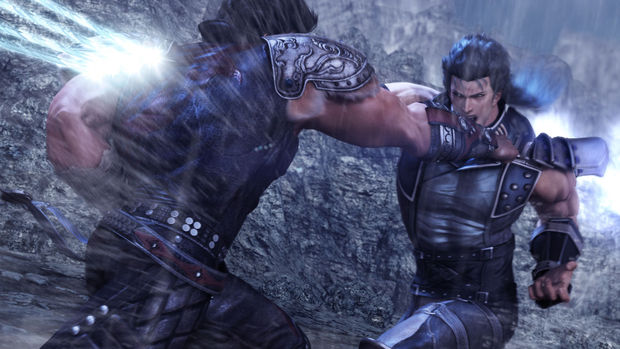 We already know that upcoming game Fist of the North Star: Ken’s Rage is hilarious. I’m already jazzed for this ridiculous game, and I’m sure you are too. The newly listed ESRB summary for the Xbox 360 and PS3 title does it justice, as you’ll see here:

Players have the ability to use Kenshiro’s signature move on enemies—a flurry of intense punches that triggers a breakdown of internal organs and death.

Nice. It goes on to say that gang members react to damage by screaming in pain and flailing or flinging back. And it gets better:

Some female characters wear revealing outfits that expose large portions of cleavage and buttocks. In one sequence, a female character (viewed from behind) crawls slowly on the ground in a thong-like outfit.

That goes right along with how Jim told us that female character Mamiya’s special ability of crawling through holes exists solely so that you can look up her skirt. They’re probably talking about the same thing.