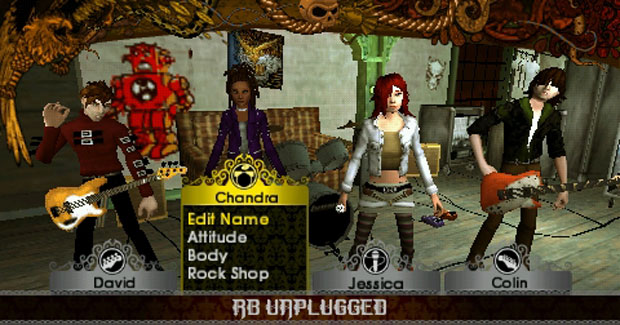 It won’t be long before Rock Band Unplugged hits retail, but we’re still in the dark on the game’s final 41-track set list.

The ESRB, hard at work at making sure we know when sexual and drug references are made in games, has revealed two more tracks by way of song lyrics. They are: “Lump” by the Presidents of the United States of America (“She spent her twenties between the sheets”) and “My Own Worst Enemy” by Lit (“Can we forget about the things I said when I was drunk?”).

No huge reveals here, really. In fact, considering most of the tracks in the game are already available in Rock Band 1 or Rock Band 2, don’t expect any surprises. Rock Band Unplugged will contain nine songs unique to the game for a limited time only… but we already know about those. Hit the jump for the currently revealed track listing, which makes up about half of what will appear on the disc when it ships on June 9.

[Update: When reached for comment, Harmonix reps replied: “”Harmonix does not comment on rumors or speculation. But yes, those songs are totally in the game.”]

[Tracks in bold are new for Rock Band Unplugged for a limited time.]