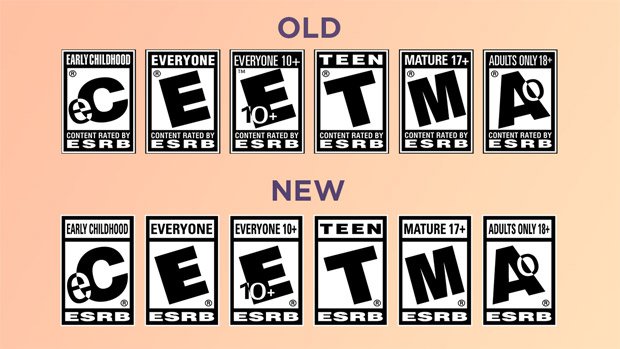 The Entertainment Software Rating Board’s iconic black-and-white ratings are getting a new design this year, Polygon reports. They’re actually effective as of now, but these things can take time to roll out properly. Why the ever-so-slight change?

“The goal is really to ensure that our symbols are displaying as clearly and legibly as possible in the increasing variety of environments that they’re being displayed [in], including online and [on] mobile devices,” according to ESRB president Patricia Vance. “The old icons were originally designed to appear in prominent locations on game boxes and in trailers and advertisements, and for the new style, the ESRB wanted a design that would be just as clear at a lower resolution.”

Not exactly the day’s most action-packed news, I’ll admit. But now we won’t be left with the lingering feeling that something feels off about the symbols.