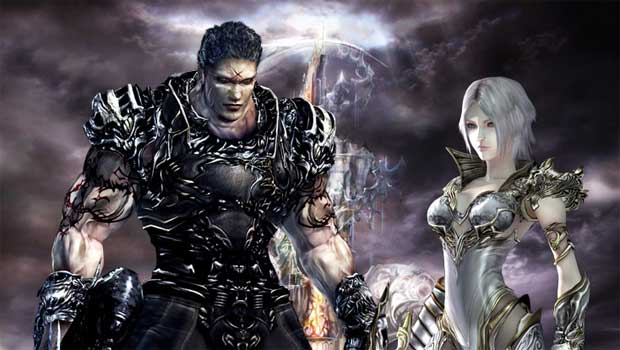 I remember sitting on a couch with Nick Chester, both of us half buzzed from wine and tired from the day, watching game play of Tecmo’s Quantum Theory in Tokyo. I was admiring the chunky armor and pointy weapons until Nick pointed out that the game looked a lot like Gears of War. That’s all I saw in it after that. Even the motion and the on-screen button commands looked like Gears. That’s not to discount this game. I love Gears of War. I’m just telling you that so you know what to expect.

And when enemies’ heads get hit, a slow-motion animation sometimes follows: blood splatter, coal-like chunks, blocky armor, and fleshy gibs will scatter then disintegrate. The effect is closer to gratuitous and over-the-top than dramatic or viscerally intense [though it is certainly a driving factor for the Mature rating, the Blood and Gore, the Violence]

Naturally, this works out to be a “Mature” rating. The repeated use of “f**k,” “sh*t,” and “p*ssy” might also help with that rating.