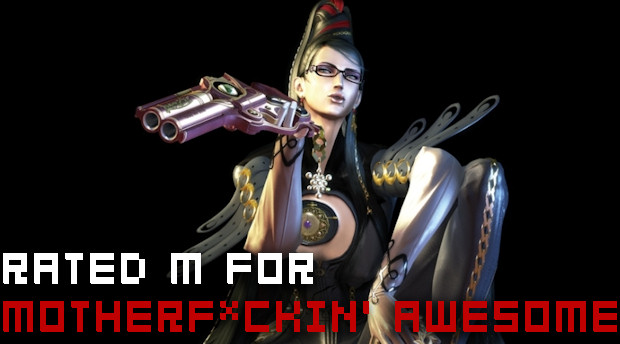 Praise be to the Entertainment Software Ratings Board, otherwise known as “the eternal leaky faucet of videogame news.” The ESRB has today rated Sega’s hardcore action game Bayonetta, and revealed a few juicy tidbits of information in the process, including “Torture Attacks,” which serve as the game’s finishing moves.

“This is an action game in which players assume the role of an ancient witch who battles angels and demons while uncovering the mystery of her past,” states the ESRB’s game summary. “Players use hand-to-hand combat, magic attacks, and pistols to kill enemy creatures that often spray blood when hit. Players can also perform an assortment of over-the-top finishing moves – referred to in the game as “torture attacks” – on the creatures: impalement with an iron maiden; decapitation with a guillotine; dismemberment with a chainsaw; and summoning a demon that bites, then rips characters apart.

“During the course of the game, some female characters perform suggestive taunts and poses, including opening their legs or gyrating their hips. Some of the more provocative outfits are shed during battle, resulting in brief depictions of buttocks and breasts. The camera occasionally pans close-up on breasts as they are jiggling. Strong profanity (e.g., “f*ck,” sh*t,” and “a*shole”) can be heard throughout the dialog.”

I think publishers should just hire the ESRB to work on their marketing, because their summaries make games sound totally sweet. I’m more sold on Bayonetta after reading “close-up on breasts as they are jiggling” than I have ever been, and I was pretty excited before.