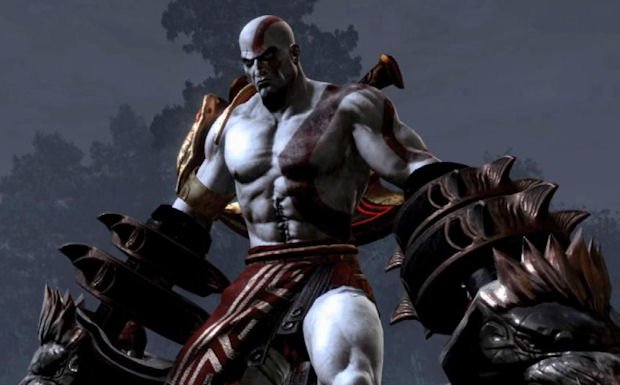 God of War III is coming to the United States next month, and if you were worried that there wouldn’t be enough sex and violence, never fear! The ESRB has once again rated a mature videogame, and once again made it sound thoroughly amazing. The ESRB details the traditional “sex minigame” that accompanies all God of War games, and also spoils the boss fights.

Here’s a description of the “topless maiden” scene, as detailed by the dry and alienating folk at North America’s videogame rating board:

The game contains a sex mini-game. Players will encounter a goddess and her two hand maidens, all topless, all holding and caressing each other. If players wish to, they may join the goddess (and only the goddess) in bed. Actual sex is never depicted as the camera drifts, then fixes on the two maidens, who watch from a distance. As players respond to the on-screen prompts with button presses, the topless maidens will continue to watch, and sometimes caress. Moaning sounds from the bed can be heard throughout the sequence.

It’s like an old man who watches his next door neighbors screwing in the garden, watches the entire thing, and then complains to all the other old men at the bingo hall later on, while they’re all secretly getting off on it. That’s what the ESRB is like. Anyway, the full ESRB rating is contained beyond the jump, but be warned of spoilers!

Filed under... #ESRB#God of War