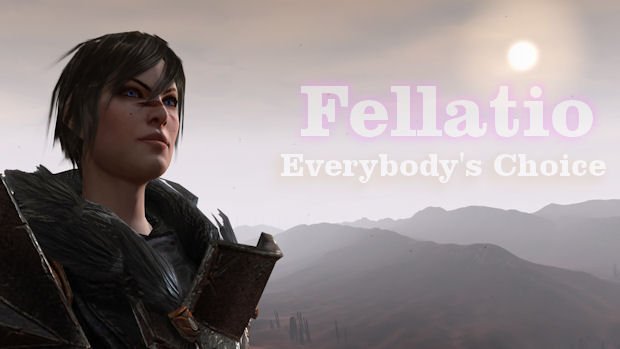 This is an action-adventure role-playing game in which players assume the role of a warrior who completes quests in a mythical land. Players use swords, bows and arrows, and magical spells (e.g., fireballs, energy beams) to defeat human-like enemies and fantasy creatures (e.g., giant spiders, demons, ogres, golems). Attacks are often accompanied by slashing sounds, large explosions, and cries of pain. Blood splatter effects occur when enemies are hit, and damage sometimes results in dismemberment or decapitation—blood stains and body parts occasionally appear in the environment.In one cutscene, a man’s severed head is held up then tossed to the ground.

During the course of the game, characters sometimes engage in sexual dialogue (e.g., “Why is it always about sex with you?” and “Sailing is like sex. Do it wrong, and it’ll make you sick.”). Players can also initiate brief cutscene sequences in which couples (male-female or same-sex) are shown kissing and embracing one another in a bedroom as the screen fades to black. In one cutscene, a woman kneels in front of a male character and appears to perform fellatio—there is no depiction of the sex act; the camera pans out to the rest of the room. The words “a*s,” “bastard,” and “sh*t” appear in dialogue.

As always, the joy in these descriptions is imagining a balding, married, 53-year-old man sitting cross-legged with a notepad, writing down “sailing is like sex” with a completely impassioned look on his grey face. That’s how I like to imagine the ESRB operates, and I’ll thank you not to ruin my glorious fantasies.