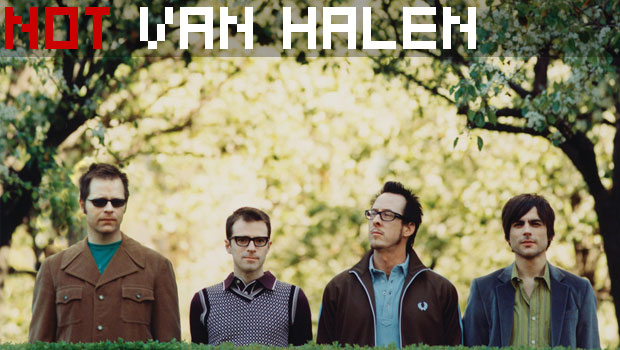 The horribly kept secret of Guitar Hero Van Halen is no longer a real mystery; Activision has decided to come out and confirm its release for the second half of 2009. The publisher hasn’t said anything specifically about the game’s setlist, although we have a few ideas.

It has said that the game would feature songs by bands other than Van Halen, and the ESRB rating of the title has confirmed two of them. If the ratings board is to be believed, Weezer’s “Dope Nose” (“Oh this dope nose”) and Third Eye Blind’s “Semi-Charmed Life” (“It was rose, I was taking sips of it through the nose,” and “Set another line like a coda with a curse.”).

It should be noted that the naughty words “’ass’” and ‘hell’ can be heard in a few songs as well.” We wish you luck in narrowing down which tracks those could possibly be by scouring online lyric datebases. Also, according to the ratings it’s a typical full-band Guitar Hero game — “players can perform songs using on-screen avatars with various instruments.” Good to know.

Lastly, notably absent in the ESRB listing is mention of the Wii — but it is rated for Windows PC (really?), PlayStation 3, and Xbox 360. Wii users shouldn’t fret too much — not only have the Guitar Hero games sold like gangbusters on the Wii, but retailer have listed it for pre-order as well.