[Today’s promoted blog on last week’s eSports topic is from StriderHoang, who talks about the mass popularity of this year’s EVO. If you want to see your own blog on the front page, make sure you write a CBlog on our current topic, East vs. West. — JRo]

During EVO, I had the unfortunate luck to be busy uploading videos to my YouTube account. With my infuriatingly average bandwidth being provided by Verizon, I couldn’t watch the stream.

But that didn’t mean I didn’t know what was happening right that second, though.

Nearly every minute, sometimes every second, someone I knew had posted something hype-worthy on my Facebook news feed: there’s an eight-year-old in the top 32 of Marvel vs. Capcom 3; PR Balrog landed the most incredible level 3 grab with Tron; the cutest trans model ever is competing in Tekken 6; Poongko perfected Daigo; Latif eliminated both Tokido and Daigo.

I got all this information second hand from my social networks.

This year, fighting games with EVO have gone from an underground culture to a full blown eSport that nobody can fully ignore and shut out of their life. And it’s truly an amazing thing.

I can remember a time when tournaments on Street Fighter III: Third Strike and Marvel vs Capcom 2 were something only the most dedicated fan would know about. EVO might’ve been big back then, but to my knowledge it stayed mostly within its own sphere of influence.

This year though, everyone was talking about EVO, and I mean everyone. Video recordings and streams were coming out the wazoo from more mainstream video game sites like IGN, G4tv, and Machinima. At one point I think I saw the official EVO stream hit 8.8 million viewers. When Latif eliminated Tokido, he was swarmed with cameras on stage.

Accepting the reality of eSports as kind of a big deal is no longer relevant. It’s now an inevitability that you know someone who will drag you into the world because you happen to be in the mood to listen to them. Ever since Street Fighter IV released, the fighting game scene wasn’t just revived, it damn near exploded and spilled over into mainstream culture. And from that big bang, millions of people were hooked on the substance known as hype.

Of my entire extended network of friends, I’d venture a guess that at least a third of them are gamers who play regularly, and not just at some social gatherings or parties. And of that group, nearly all of them were into EVO in some way, shape, or form. Some were like me, hearing the news second hand, and some were actually watching and chatting in the stream, sending their actual, excited remarks straight to Facebook. One even went to EVO and made a very strong showing in more then one game. 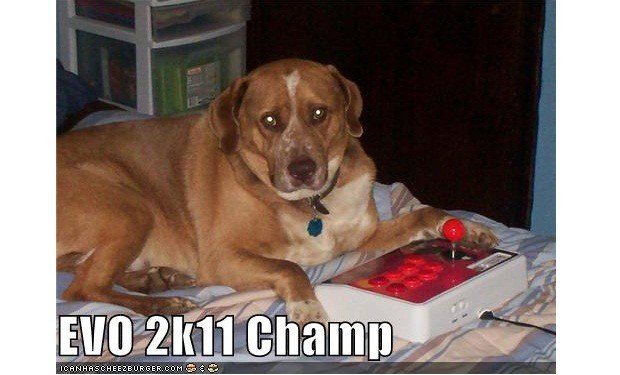 And now I finally have an excuse to post this.

Heck, even friends who aren’t truly attached to the fighting game community are surprising me. One friend asked me what it meant to be salty in the context that EVO had just ended. Another chimed in that he probably knows the man who fought in the Mortal Kombat 9 ladder cosplaying as Kitana after I shared a video.

Knowing I have something along the lines of “Six Degrees to Cookie” was pretty much the highlight of my day. Seriously, watch his match and tell me there isn’t something silently awesome about Cookie when he gets up and shows his defeated opponent what is probably the firmest ass he’ll ever see.

Pretty much what I’m trying to say is that EVO was a reaffirmation that the fighting game community, entailing all the sub-cultures of Street Fighter, Marvel, Tekken, Blazblue, and more. It is a giant phenomena that exemplifies not just the excitement of eSports but gaming in general. The people competing at EVO deserved to be there and the elite, select few created moments that will forever enshrine them and the games they competed in.

Welcome to the new era of fighters. In a word, get hype. 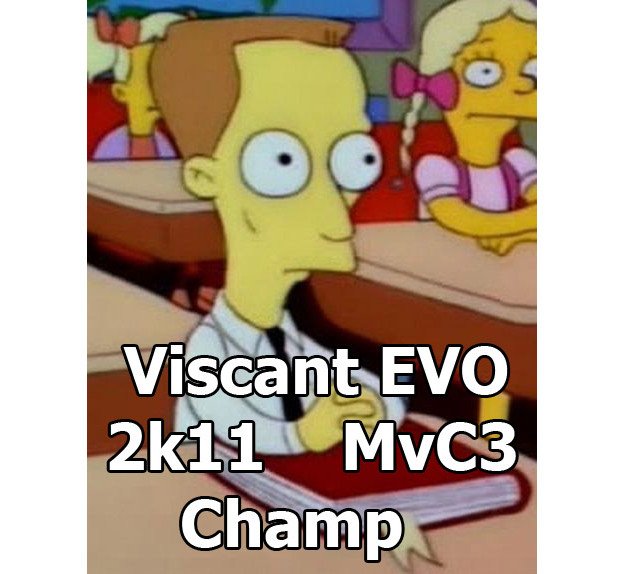