This weekend sees a new ink-spilling battle take place in Nintendo’s multiplayer shooter Splatoon 2. Across the globe, players will draw the line and face-off to fight for their chosen team in another moral conundrum of earth-shaking importance.

This time around, Splatoon 2 is cross-promoting with recent Nintendo Switch mega-hit Super Smash Bros. Ultimate, asking players whether they prefer Heroes or Villains. In a mind-blowing twist, Pearl will have the corner of Team Heroes, whereas the lovely Marina will be backing the bad guys ‘n’ gals! What happened?!

Also of note, this splatfest artwork sees the return of glasses-wearing Marina. The best Marina. She also appears to be rocking a sponsor-covered shirt, so I guess yer girl’s gone full eSports. Look at the salt flowing from Pearl, though. Pull it back, sister!

The splatfest kicks off today in North America at 20:00 PT / 23:00 ET, ending tomorrow at the same time. Japan and Europe will hold their war from 15:00 Saturday until the same time on Sunday. Who have you got? The goodies or the baddies? 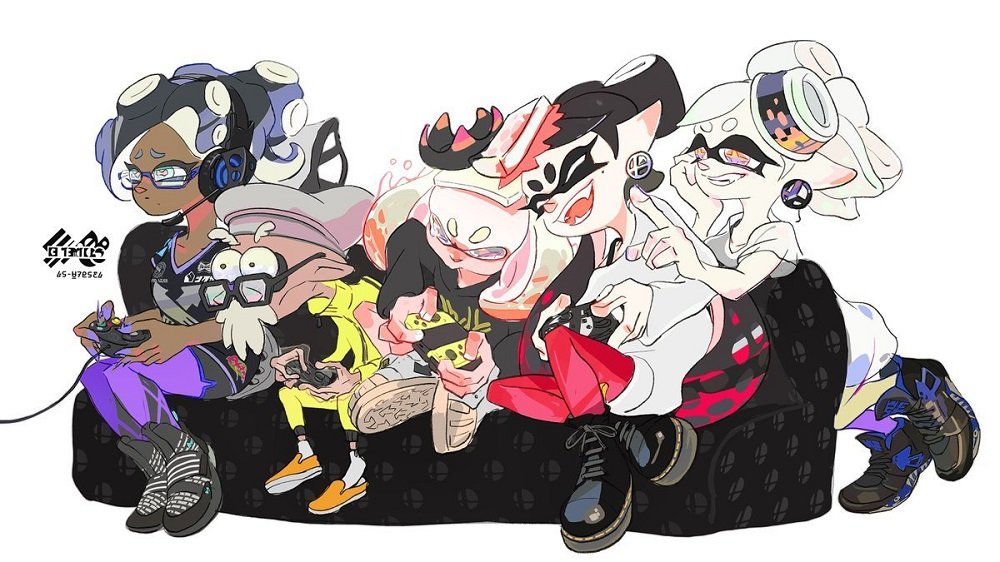