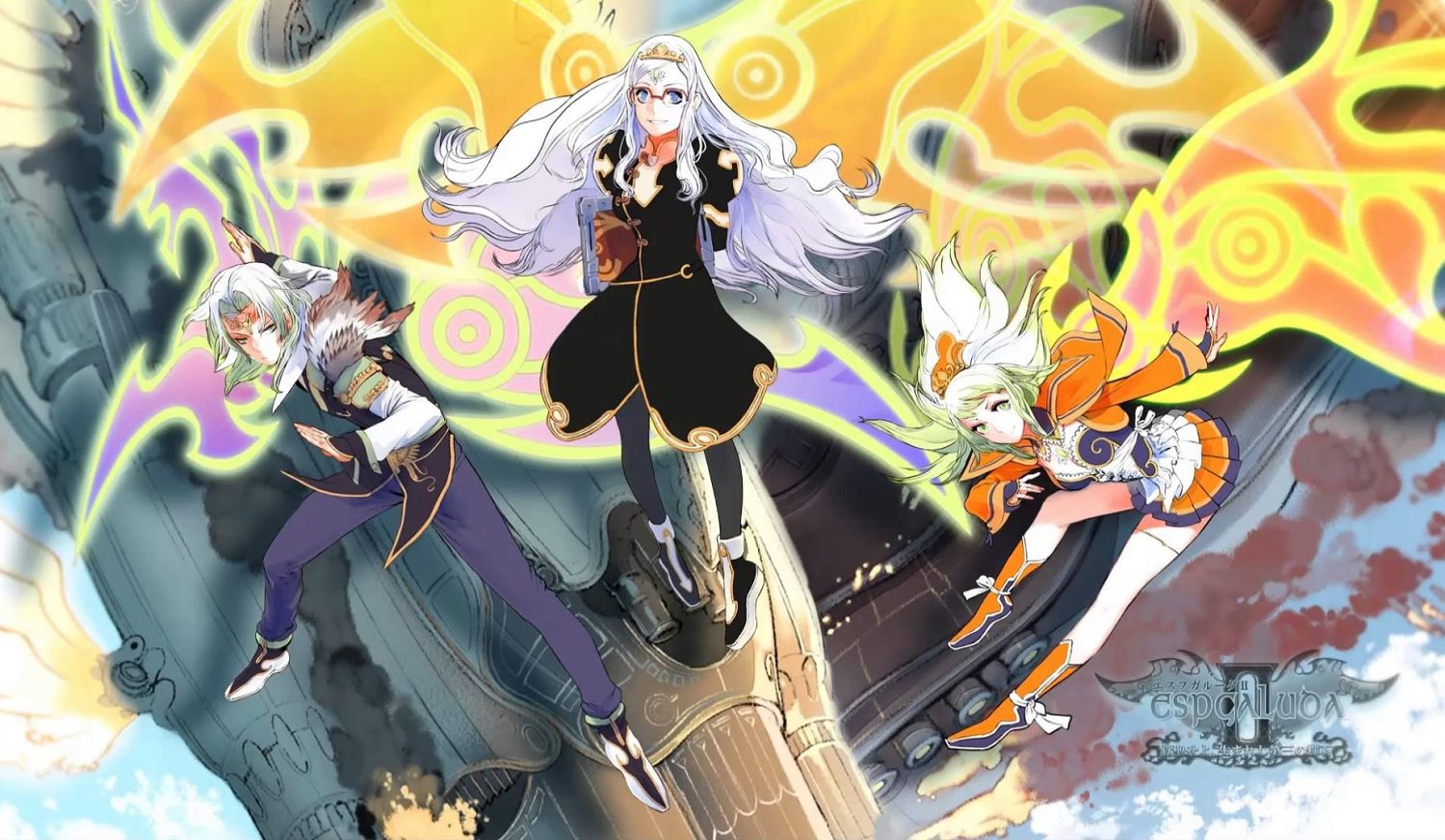 Another classic Cave shmup is getting set to pound the pulses of video game fans all over again. As announced by publisher Live Wire, the apocalyptic, anime-infused arcade classic Espgaluda II will be bringing its colorful bullet hell action to Nintendo Switch in September.

Originally hitting the arcade scene back in 2005, Espgaluda II is the sequel to the rock-hard Espgaluda and tells another tale of beautiful youngsters infused with devastating alchemic abilities. The sequel sees original protagonists Ageha and Tateha forced out of hiding and called back into action, joined by all-new player character Asagi, who has escaped the clutches of the royal family of Soma. Determined to put an end to the monarchy’s cruel experimentation, the trio launch an all-out assault on Soma’s callous leaders.

Here’s a video of the arcade edition in action, courtesy of YouTuber Longplays Land.

Espgaluda II retains the fast and frantic action of its predecessor, offering players distinct weapon patterns, three unique characters, and the returning “Kakusei” and “Seireiseki” mechanics. The former is a “bullet-time” effect that can be applied to the action in exchange for gathered currency, while the latter transforms wayward bullets into high-scoring gold bullion. Players combine agile maneuverability, weapon adaptation, and smart use of these unique mechanics in order to see the day through while racking up incredible scores.

Espgaluda II would receive a Japanese Xbox 360 home release back in 2010, but this upcoming Switch edition will be the sequel’s first major worldwide console release. As such, it’s a release that will be waited on with bated breath by shmup fans. Espgaluda II launches worldwide on Nintendo Switch September 9.