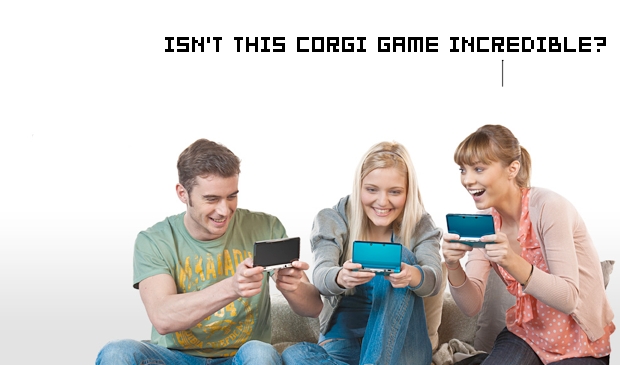 For WiiWare you have to hit a certain point before you get paid as a game maker. Nintendo’s gotta get their cut first, right? There’s server support, testing and costs to think of.

The same is not the case for DSiWare and eShop games. NintendoWorldReport spoke with developer Nnooo’s creative director, Nic Watt, and he says that games published for Nintendo’s DSiWare and eShop services are not required to reach a sales threshold before royalties can be paid to the devs.

No real costs, filters or thresholds? Maybe I should move forward with my official CorgiCorps DSiWare/eShop game. I daydream of a game where you play in a first-person view as a corgi pup. You bite the ankles of humans to herd them, steal treats and try to pee on as many things as possible before you get in trouble. One day.