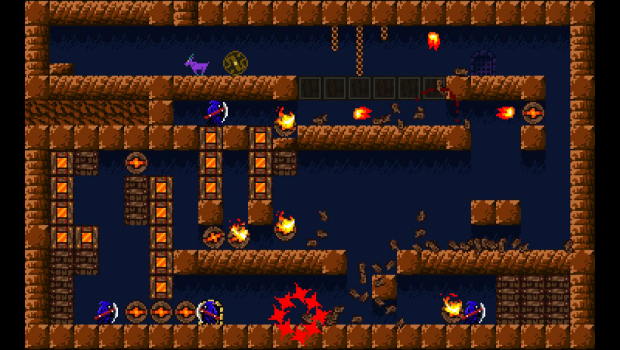 Retro fans will be pleased to know that Xbox Live Indie hit Escape Goat is heading to PC. Created basically by the one man show Ian Stocker, Escape Goat is a short, incredibly fun puzzle platformer with a rockin’ soundtrack. The game is also a heartwarming tale of a Goat, a Mouse, and the friendship that transcends time and space — well, not really, but it’s still an awesome retro game with a rockin’ soundtrack.

Hopefully the transition nets Ian as much success as Cthulhu Saves The World had when it made the jump from XBLI to Steam. Xbox Live Indie has some really awesome games on their service, but they tend to get buried if they don’t make the “X Gaming Site’s Best Indie Games Ever!” list.