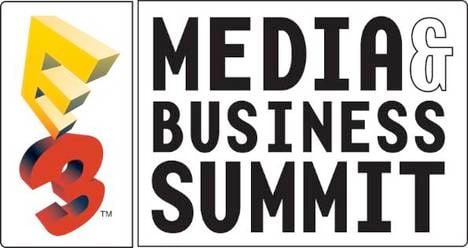 After two days of speculation, the Entertainment Software Assocation has announced their plans for the 2009 Electronic Entertainment Expo.

As previously reported, the show will be expanded, and will take place at the Los Angeles Convention Center between June 2 and June 4. The ESA is saying that attendance will be open to “all qualified computer and videogame industry audiences,” lumping media, analysts, retailers, developers, and other partners together.

Other changes will include increased booth size and “intensified focus on reinforcing the high-octane growth, innovation, and captivating entertainment that are driving the computer and video game industry.” Whether that’s all PR speak for “booth babes” is unclear.

What is not mentioned are any plans to include the public in the announcement; the dates of the show are Tuesday through Thursday, not making the show consumer friendly. We’ve contacted the ESA to get their official response to the “open to the public” rumors, but we’d say that if you want to attend next year, it’s never too early to start up your own gaming blog. Or to start working at GameStop.

“Video games are the fastest growing and most compelling sector of the entertainment industry. And, this upgraded event will reflect the growth, innovation and excitement of our industry,” said Michael D. Gallagher, CEO of the ESA, which represents US computer and video game publishers and organizes the annual event. “The breadth, scope and quality of the changes made to the show will make E3 the must-attend event of the year.”

“The E3 Expo will be the pre-eminent North American gaming show next year. The new, larger event is better for industry leaders and for serious gamers,” commented John Riccitiello, CEO of Electronic Arts.

After conducting both qualitative and quantitative research, ESA officials stated changes were necessary to better meet the needs of both exhibitors and attendees— these changes include increased booth sizes, increased qualified audiences, and an intensified focus on reinforcing the high-octane growth, innovation, and captivating entertainment that are driving the computer and video game industry.

“The video game business will be twice as big in 2009 as it was in 2006 when we had the last real E3 Expo – so get ready for some fireworks!” said Laurent Detoc, president of Ubisoft North America. “The changes made will ensure that the 2009 E3 Expo conveys the best of what makes us proud as entertainment leaders.”

ESA also said IDG World Expo, whose principals have operated E3 since its inception in 1995, will produce the event with the ESA.

The event will be open to ESA members and non-members alike. Organizers noted they are expanding the list of companies eligible to participate. Companies involved in console, PC, online, and mobile game publishing and developing, qualified business partners, as well as makers of video game hardware and peripherals can exhibit.